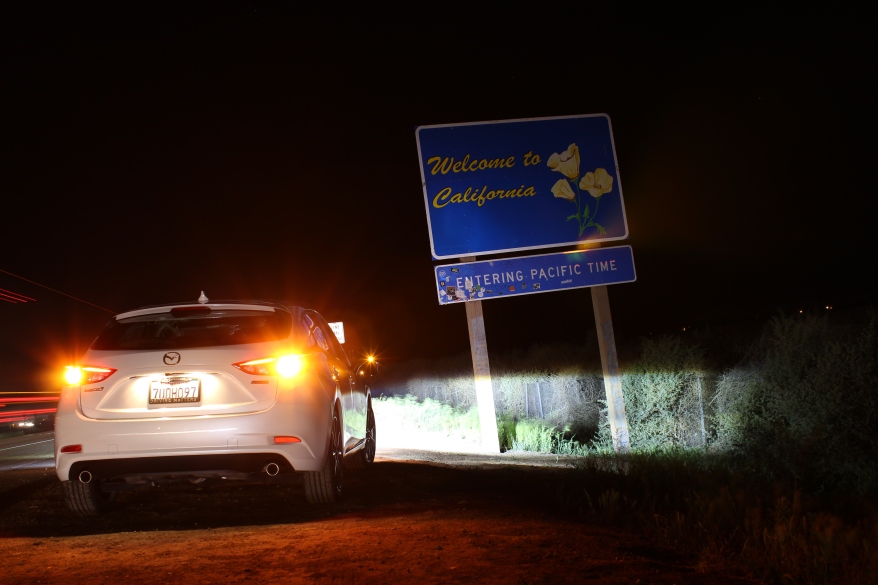 Sometimes, we all need a little escape from reality – what’s better than fleeing to La La Land?! With my roommate’s family in town, I thought it might be best to make myself scarce for the weekend… besides I hate to subject anyone to my snoring. Los Angeles is just a hop, skip, 6 hour drive away from Phoenix and seemed like a good place to get out of town and enjoy a little bit of me time – see some friends – some sites – maybe even the beach.

As ideal as it would be to leave town as early as possibly, my office hours permits me to stay to 5:00pm and since rush hour doesn’t end till the sun goes down. I opted to do dinner with my roommate’s family to help kill some time and enjoy some good company – even though Los Dos Molino’s is some of the best Mexican Food Phoenix has to offer, probably not the greatest idea before a 6-hour drive. The clock struck 7 o’clock and we said our goodbyes and before you know I was Cali-bound with the navigation set in the 2017 Mazda 3 I had on test that week, Netflix up on my iPhone and 350 miles of fuel in the tank.

I’ve crossed the California state line many of times in the past but never actually stopped to take a state line picture – traffic was minimal and found it to be a good opportunity. Headed towards Palm Springs, my friend Jack was staying in a cabin up in the Joshua Tree National Forest, I detoured through a little abandoned town, Desert Center – I tried to stop for some quick photos, but night shots are tough and require time and this abandoned town is where ghost stories are formed… I didn’t stay long. 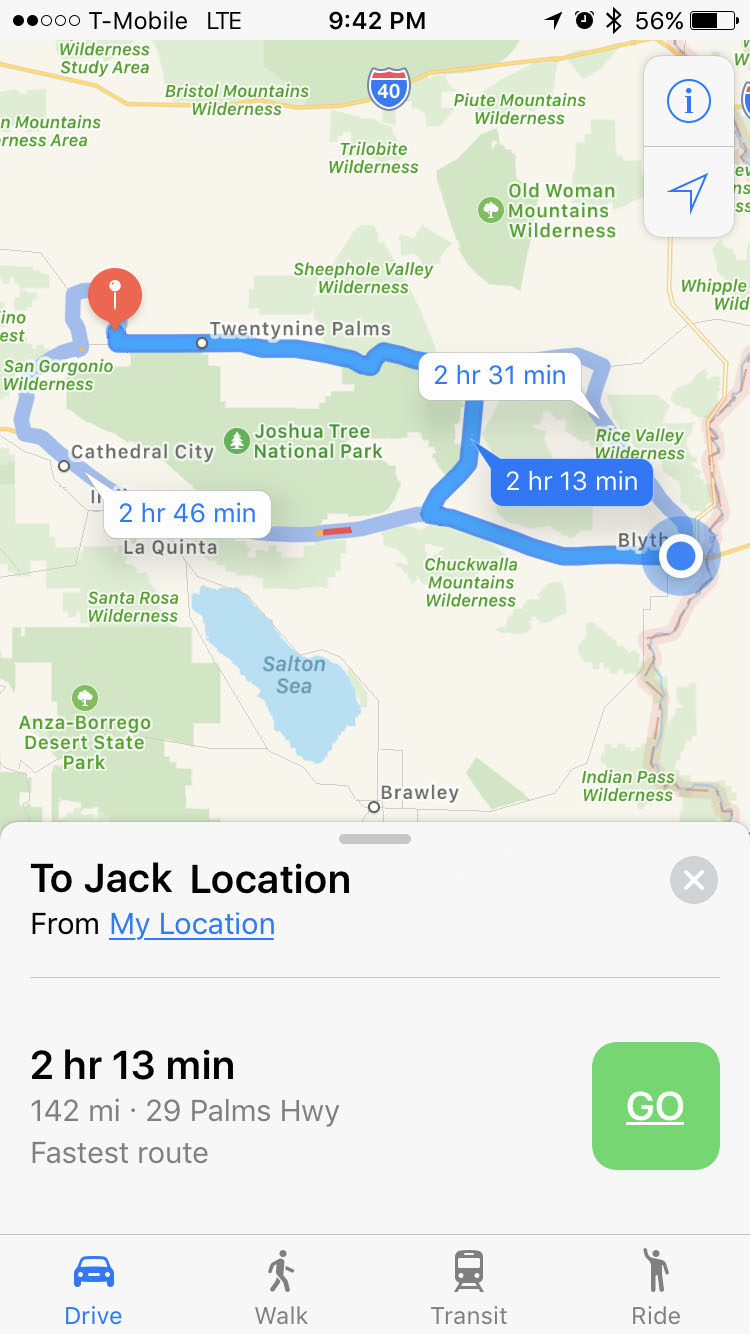 My arrival into L.A. was a late one – the car wasn’t the only one running low on fuel. I booked an Airbnb in West Hollywood since hotels are outrageous up there. It was a quaint little duplex tucked between multi-million dollar cottages. It was a studio type layout big enough for just one.

Waking up, it was unusually cold, it was 60-degrees outside, definitely not beach weather. A friend of my passed around the idea of visiting a Korean Spa – I was impartial to the idea, but a spa day seemed like a good idea. We found this place called Spa Palace in downtown L.A. and to my surprise it was a very nice establishment – two massages, a nice steam and a body scrub later, four hours had nearly passed by. It was a little piece of heaven. As much as I wanted to stay longer and enjoy the clay room – I had dinner plans with friends and wanted to get a nap considering I got into L.A. at 3 o’clock in the morning. 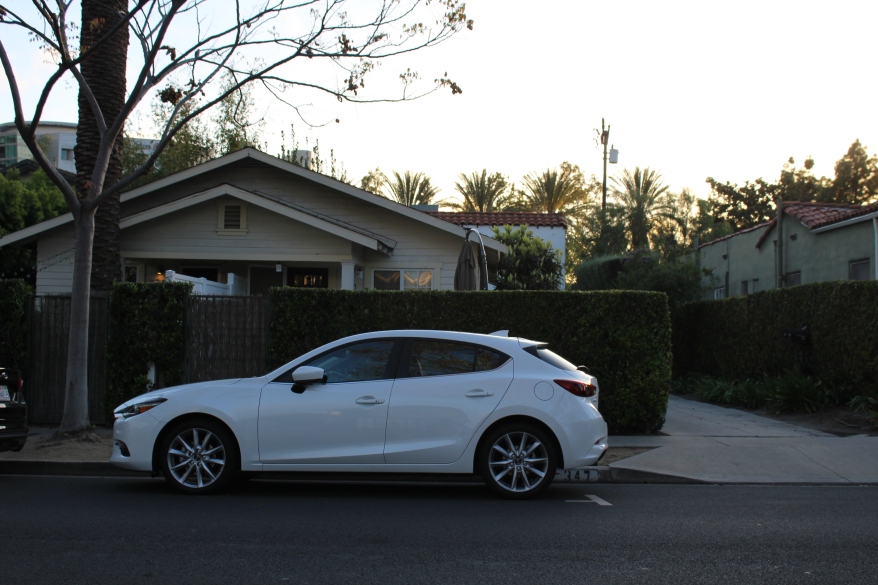 I’ll keep the night life details to a minimum – you don’t need to hear all of the gritty details after my third alcoholic beverage. We ate this place called PUMP – apparently it’s owned by one of the Housewives of Beverly Hills? Am I going to be on TV? Make me insta-famous! 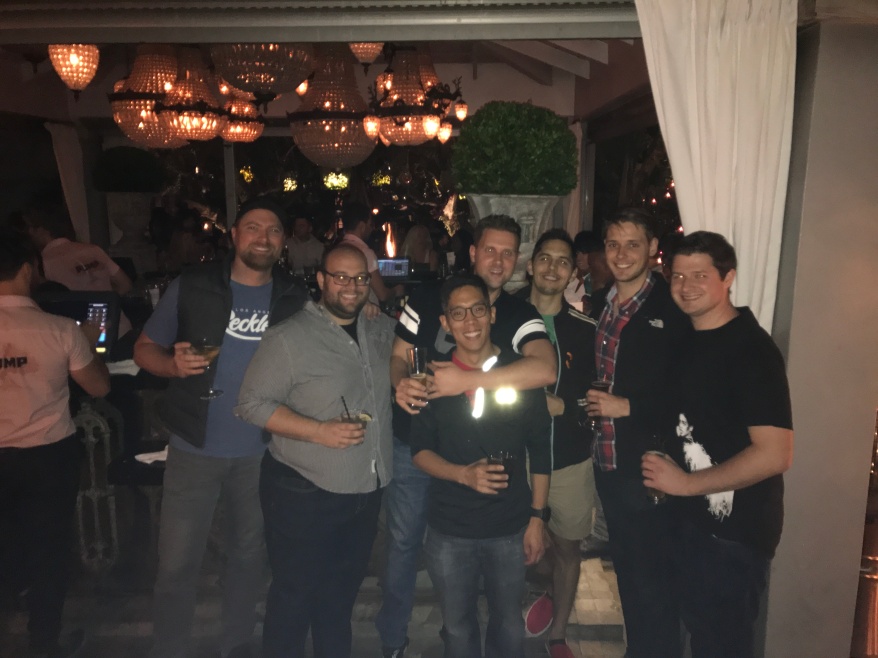 Sunday was a sad day to arrive, I wasn’t ready to call this mini-vaca quits. Luckily I had brunch plans before I was to leave town with a couple of other automotive journalist and Honda’s PR Manager at this little odd Mexican restaurant Toca Madera – it had unique architecture and an amazing courtyard – and naturally my chicken and waffle was divine! It was hard to say goodbye, but I had to leave L.A. behind.