A family tree will never stop growing and the same will go for the three-row family carriers we call crossovers. The more a household populates, the more demand for extra […]

No matter what life brings, there is always an adventure to be had. Whether you’re running from a hungry bear in the woods or fighting a grocery store mob for […]

The 2019 Southwest Lifestyle Media Car of the Year

2018 sparked up something new in Arizona, for the first time ever, we hosted the 2019 Southwest Lifestyle Vehicle of the Year. With 5 categories and over 20 vehicles entered, […]

An active lifestyle is quite a big deal here in Arizona. We have all the climates and terrains most states don’t have. From the sandy desert to the muddy […] 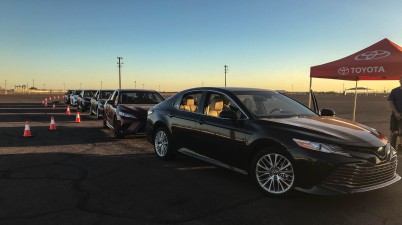 In light of the family sedan struggle, car makers are putting their right foot forward into developing cars for the next generation of buyers to come. The once-upon-a-time millennial Scion […]

The world is changing, rapidly. The demand for technology, luxury, and features is constantly increasing and when consumers snub their noses with an arduous attitude at the minivan segment, it’s […] 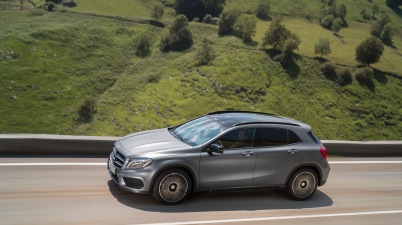 It’s a whole new generation out there… they’re calling it the ‘Y’ generation. Full of young business exec’s climbing the corporate ladder, fighting for that high-rise corner office. It’s a […]

It’s no surprise that the Toyota Camry is one of the best top selling family sedans on the market. So when it came time to update its 7th generation, Toyota […]

The Toyota Yaris is probably one of the most forgotten about hatches in Toyota’s line-up. Competing against its hybrid brother the Prius C, the Yaris has fallen to the shadows […]