It doesn’t take much of a maven to appreciate the rhythm of the Toyota Tacoma TRD Pro’s stature. Encompassing the theory of what most off-road, trail happy taco enthusiasts would […]

It comes as no surprise that the Jeep Wrangler is quite possibly one of the very few vehicles on that planet that can conquer just about anything. However, many of […]

At some point a truck ends up going too far, to a point of almost losing its tough truck credentials and gaining a city slicker mentality – with the Ford […] 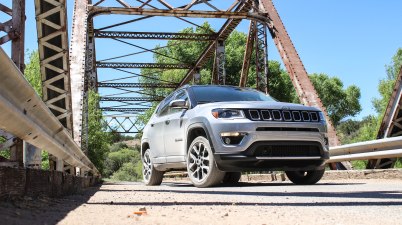 Not Quite A Jeep Thing, But Getting There: 2017 Jeep Compass Limited 4X4

Since coming into the market in 2006, the Jeep Compass has been a poor sight in the compact crossover segment leaving the majority of its production numbers to the rental […]