Starting out as a game changer in 2019, the Toyota Corolla was finally on the same playing field as some of its competitors in terms of chassis refinement and build […]

When it comes to car buying, the Toyota Corolla has always been a safe route. Due to its impeccable longevity life span, the Corolla and its reliability, fuel efficiency and […]

Over the years, the Toyota Corolla hasn’t always been the most popular car within the automotive community due to its unentertaining driving characteristics and before 2014, its lack lustering personality […]

For years Toyota and Nissan have been battling it out to be the best. The last couple of generations, the Nissan Sentra would have been the better choice; however, now […] 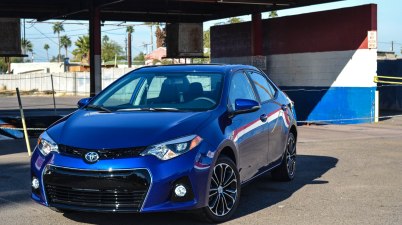 When it comes to talking about a Toyota Corolla words like “sporty”, “agile” or “fierce” would not be a way to describe any of the previous generations. The styling was […]