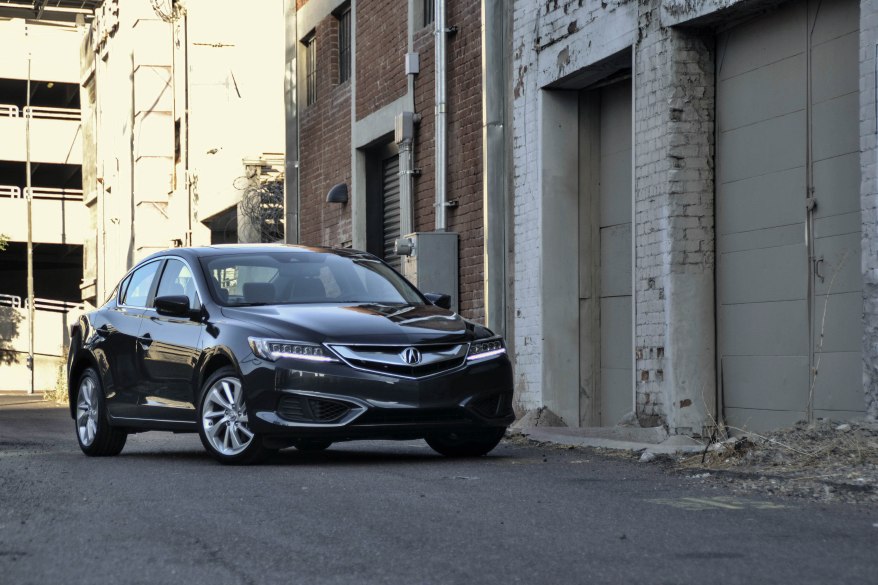 Once you get past a certain age in life, there are expectations – financial responsibilities, career goals, even relationship prospects. So cruising the streets at 2 o’clock in the morning in a bright orange Honda Civic Si doing hood rat things with your hood rat friends won’t go over so well when it comes time to meeting your future in-laws.

However, in the spirits of Honda’s luxury-ish offspring, Acura, the new 2016 ILX may be enough to not only continue your late night outings but also look like you have your stock portfolio worked out for future retirement.

Now, when we say new, what we really mean is the ILX has been given a mid-cycle refresh since its launch in 2013. For 2016, Acura ditched the base 2.0-liter engine and carried over the more proactive 2.4-liter 201-horsepower and 180lb-ft of torque for all available models. Also ditched was the available six-speed manual tranny for the new eight-speed dual clutch automatic which can now sprint to 60 mph in 6.2 seconds verses the old 6.8. And with the scales tipping around 3130lbs, the ILX has gained 150lbs from the previous model.

There have been some dramatic changes inside, out to the ILX adding a much more luxury premium look and feel. With the addition of a more performance driven front fascia comes with a new grille design, LED Jewel Headlamps and LED day times with integrated swagger status LED turn signals which can attract some wandering youthful eyes. If our tester had arrived in the available Catalina Blue Pearl versus our more business appropriate Crystal Black, more attention would have been sought. 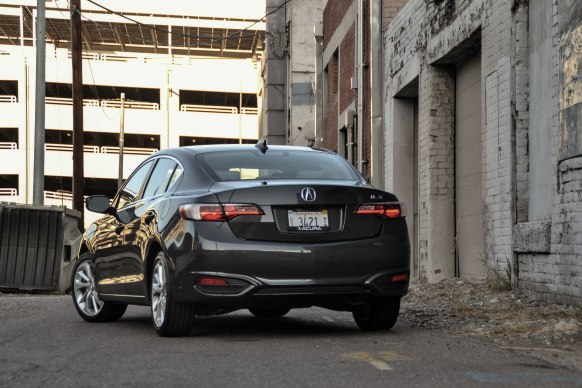 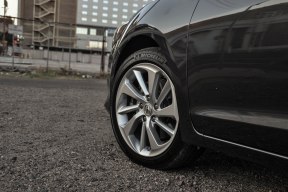 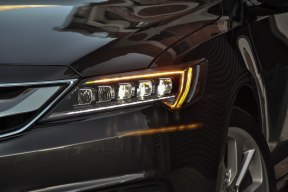 Inside, Acura has introduced the dual screen display which offers an 8-inch none touch screen interface for Navigation & the cars menu functionalities while a 7-inch touch screen below is strictly for entertainment. Also new, is the advance safety features noted as AcuraWatch which features Adaptive Cruise Control, Collision Mitigation Braking System, Lane Keeping Assist System, Road Departure Mitigation, Forward Collision Warning, and Lane Departure Warning. As part of the ILX Technology Plus, featured here, adds Blind Spot Monitoring, Navigation, Dual-Zone Climate Control, and Dynamic Rear View Camera System – the AcuraWatch and Technology Plus is all bundled into one affordable price starting at $32,900.

While for some, the new look could be overwhelming, we enjoy the direction Acura has taken, giving a more exciting appeal. The ILX is a good-looking sedan and with the addition of the LED headlamps, new grille and the stylish 17-inch wheels, the overall look is well-balanced and has a premium, sportier look than before. The 2.4-liter four cylinder engine that’s also found in the Civic Si has a healthy dose of entertainment in its heritage, but is much more tamed and quieter than the Civic (sorry no waking up the neighbors.) Acceleration is decently quick here as mentioned before with achieving 60 mph in 6.2 seconds. The new dual-clutch eight-speed auto works quite well managing to pull out quick and responsive gear changes with the help of a torque converter that keeps things crisp and smooth.

The chassis on the ILX is just as good as ever, it provides a hint of enthusiasm with minimum body roll, while maintaining a supple ride quality. Even when you push the ILX near its limits, it still has more to offer, our all-season tires did an excellent job sticking to the pavement and showed very little under steer.

Inside, our tester had a pleasant atmosphere having a creamy white leather interior throughout – which we always find more pleasing than the usual business black. The seats were quite cozy and enjoyable – our sampled ILX with Technology Plus added power adjustable & heated driver and passenger seats with driver memory setting. Overall, the interior was handsomely decorated as it was carried over utilizing many soft touch materials and silver trimmings while new touches of painted trim pieces replaces some of the old cheesy chrome. We even like the red starter button that adds a sense of excitement to engaging the engine. 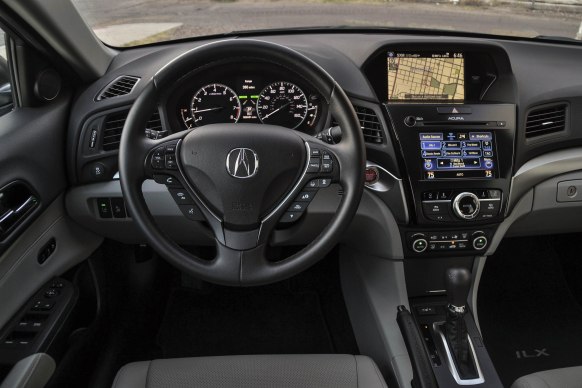 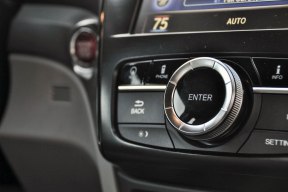 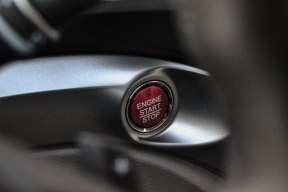 Even though we very much like the new design of the ILX, without the addition of the SPEC-A body kit which adds 18-inch wheels, fog lights and a rear deck-lid spoiler, our premium top-tier tester presents itself as a basic model sedan. Inside, the dual screen displays are nifty, but confusing – it takes time to learn each display’s functionality. And with the voice activation controls, it’s just not very user-friendly – it takes multiple times just to make a single phone call.

The AcuraWatch system here, is a pretty good system – it manages the lane departure and adaptive cruise control pretty smoothly. However, it constantly makes beeping noises every time it can’t sense the lane lines or the vehicles in front – out on the highway, that can be rather annoying. Plus with all the safety features added, it makes the steering wheel clustered with buttons which requires a learning curve and becomes distraction while driving.

Refreshed for 2016, the ILX has changed dramatically from its previous model year becoming a more refined, premium sedan. It has lost some of the hooliganism we appreciated as it is quieter and toned down in its driving dynamics while offering more comfortable amenities. Ultimately, prepare to give up your late night social hour for weekend retreats to the winery.

Special thanks to Tyson Hugie and Drive to Five for the opportunity to drive the new 2016 Acura ILX.