Where’d We Go: Stay in a Wigwam – Holbrook, AZ 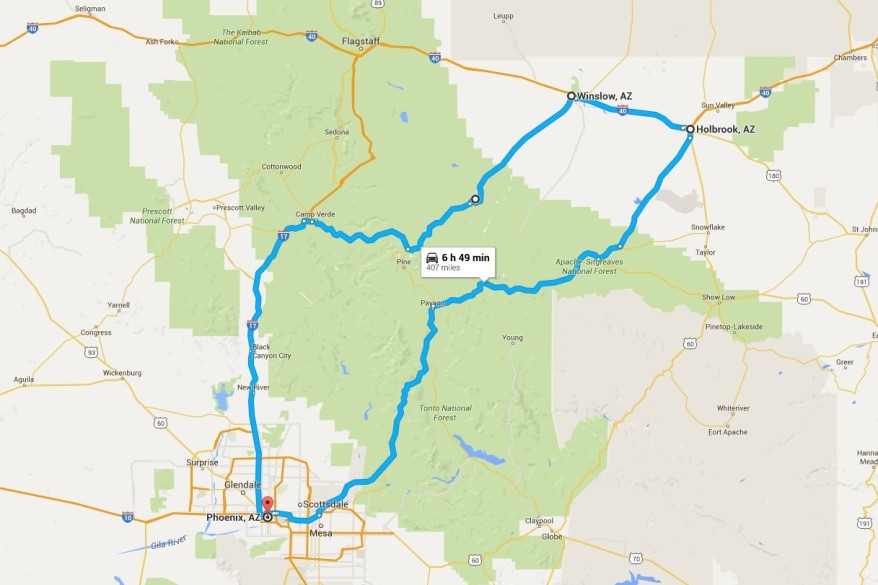 Now that I am starting to blog more about my journey’s, I’m realizing that I have to revisit certain areas of interest and talk about them as if it’s my first time visiting. An example would be Holbrook, Arizona. I’ve been to Holbrook a number of times over the years – sometimes I was just passing through, others I stopped to check out the Tipi Motel and the weird dinosaurs they have. 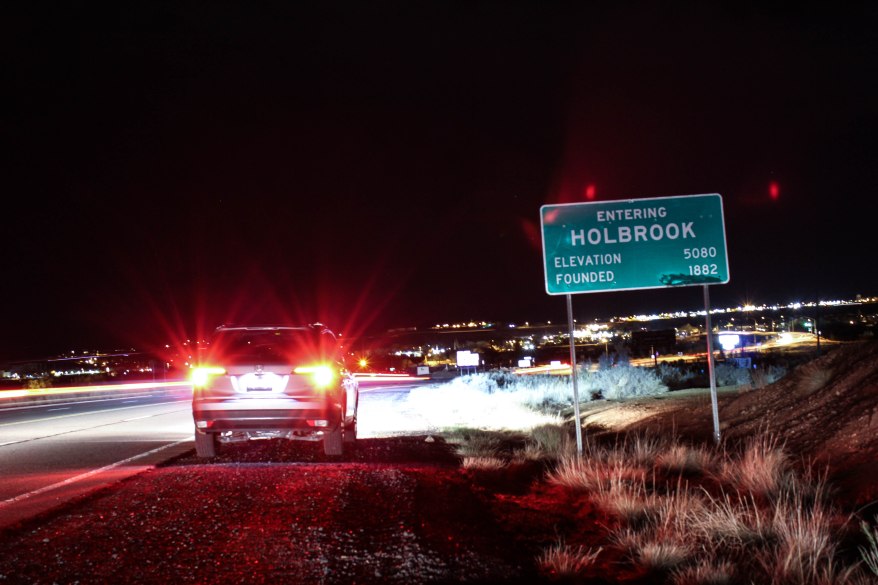 Interesting facts about the Wigwam, it was created during the 30’s and 40’s and was part of a chain that spread along Route 66 Covering Kentucky, Alabama, Florida, Louisiana, California, and Arizona. But now, there are just three left, one in Cave City, Kentucky, San Bernardino, California, and Holbrook, Arizona. The Wigwam in Arizona was developed in the 50’s by Chester Lewis. It was later closed in 1974 after I-40 was developed creating a bypassed. It was later restored and reopened in 1988 by Lewis’ children. 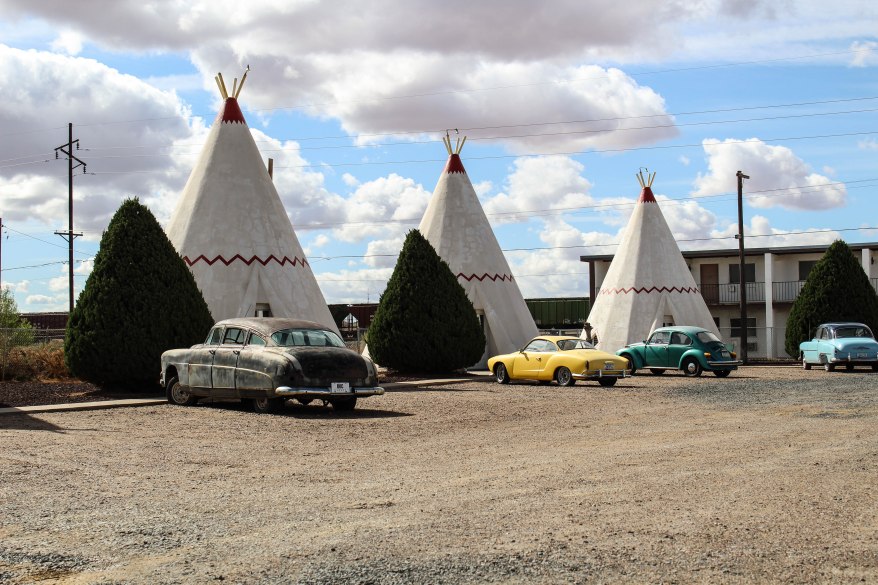 Like a typical Friday at the office, I was slammed with work up to my eyeballs. I needed to leave the office by 5:00 in order to make it to Holbrook by 9:00pm before the Motel office closed. Unfortunately I ended up getting a very late start leaving Downtown Phoenix around 6:30 pm. Luckily the traffic had died completely down by then and it was a breeze to the east valley where I would hopped onto highway 87 and started heading north. Stopping for fuel, I fueled up myself with some snacks for the 2 and half hour drive ahead. Highway 87, also known as the beeline highway is a unique stretch of road with swooping bends and steep downhill grades. It was a stormy drive all the way to Payson leaving me rather annoyed that the wipers needed to be replaced on the 2016 Honda Pilot I had on test that week. 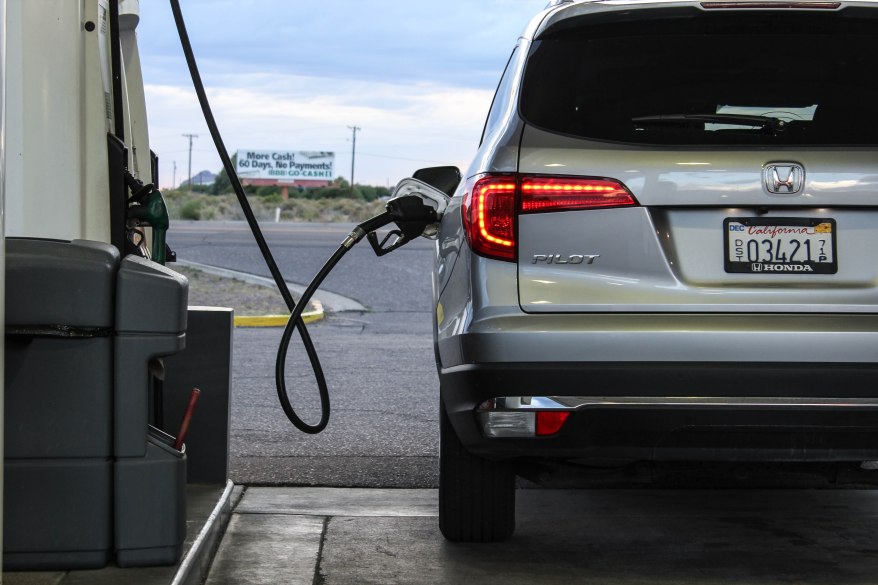 The navigation was set with 185 miles to Holbrook – once the sun went down it was pedal to the medal and set the adaptive cruise control system – I kicked off my shoes and settled into the air conditioned seat for the long haul.

I arrived in Holbrook just before 10 pm, eager to check out my Wigwam. I had called ahead to let them know of my late arrival, and Christie mentioned it wasn’t a problem and left the keys in a Late Arrival Box for me. I’m not sure what I was expecting, but my tipi was quaint – more impressive though, it was very well maintained… not like a sketchy motel super 8. It was small, as expected, good for one person… maybe two if you don’t get annoyed easily. The furniture was original, rustic, and the bed was squeaky. 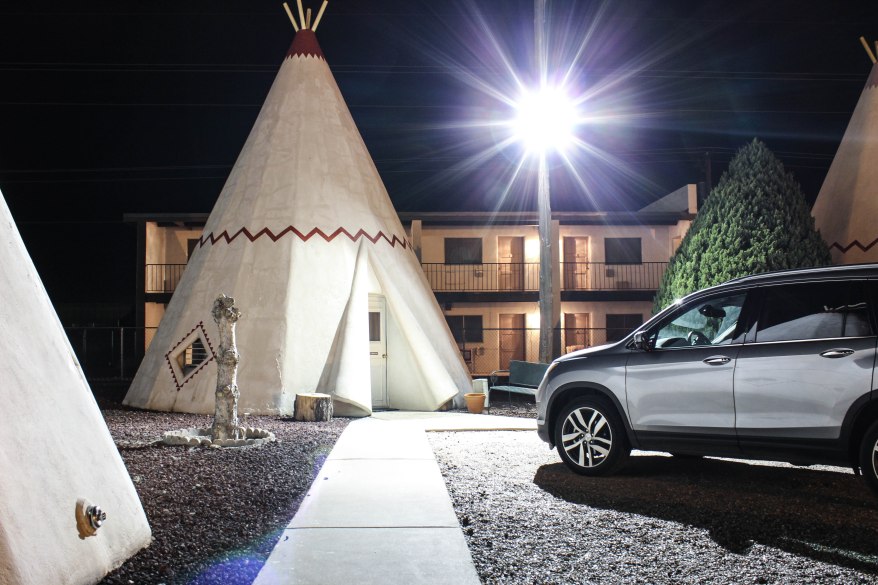 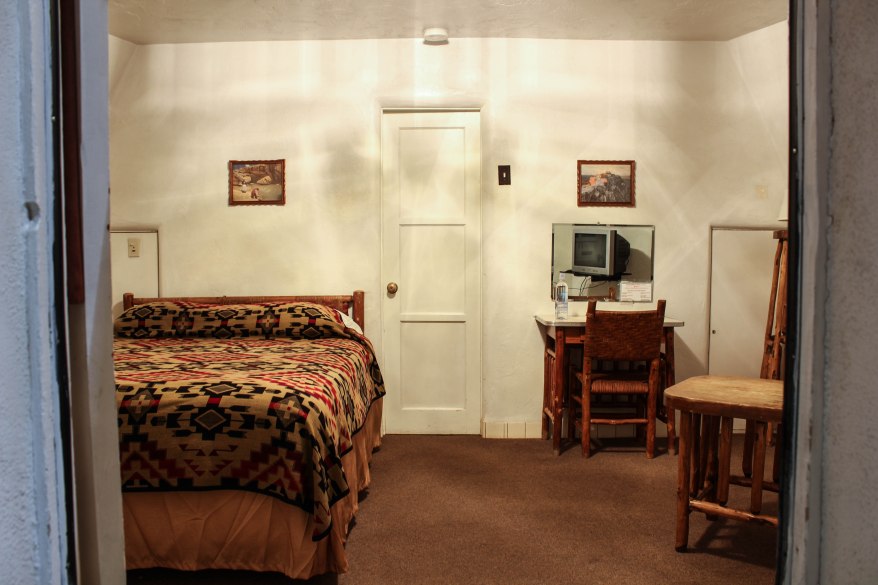 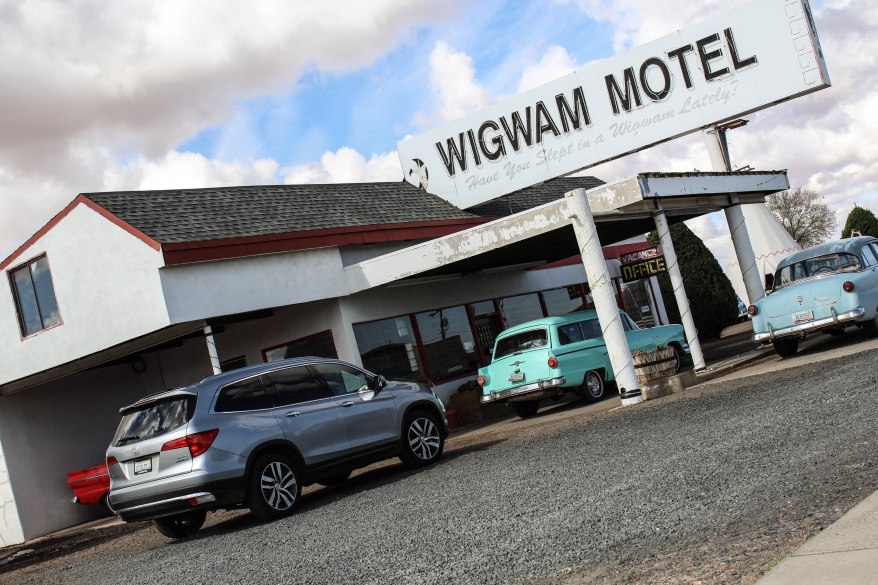 The following morning, I popped over to the Rainbow Rock Shop – its more famous for the large dinosaurs that wonder around – the place was closed due to the early morning hours, so I snapped a pic and went on my merry way. 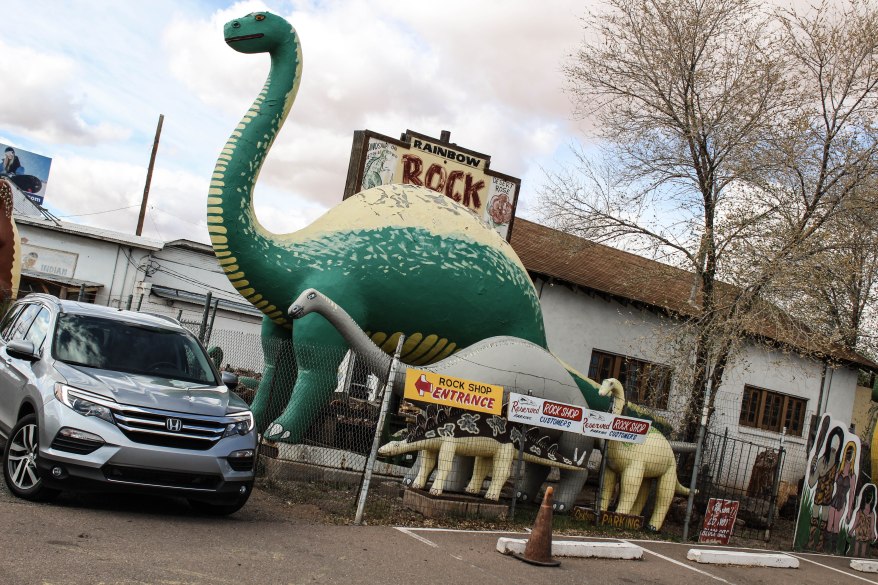 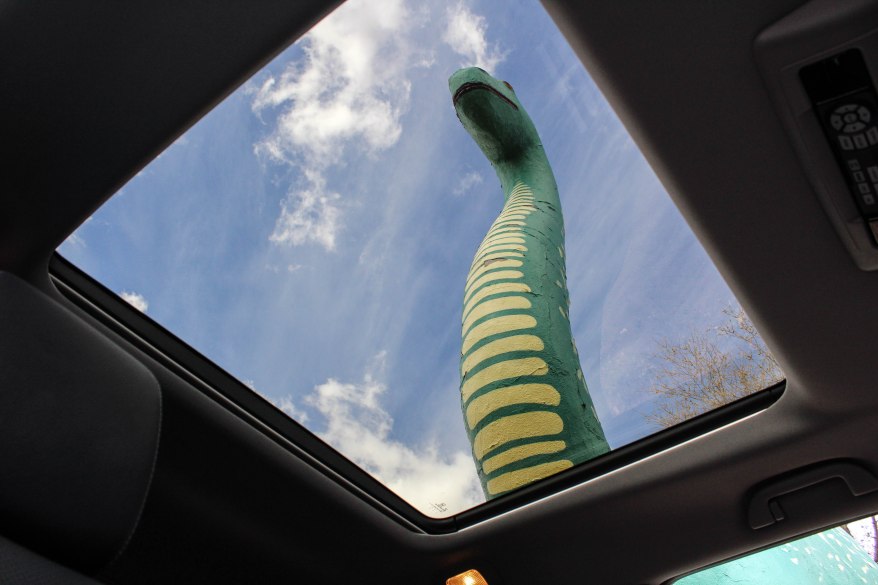 Before leaving town, I wanted to stop for breakfast – I searched yelp and the only place that popped up with 4 stars and decent reviews was Joe & Aggies Café – a Mexican Breakfast joint. The waitress mentioned the 2 cheese enchiladas with egg is their specialty, so I took her advice. Glad I did! 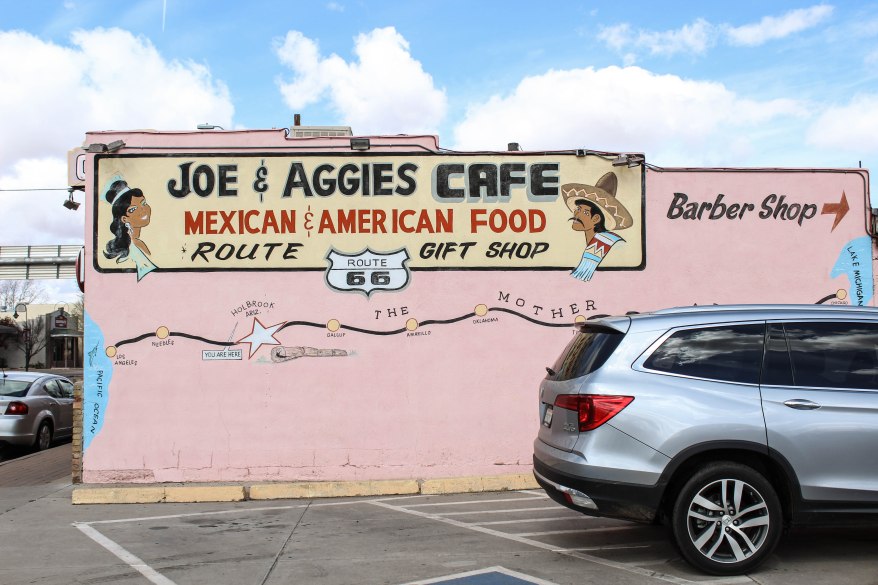 Since I was already doing a Route 66 tour, I thought I’d swing by Winslow – you know just like that country. There’s a whole theme to the town that encompasses that song. I did some quick pics and ordered a root beer float before hitting the road again. 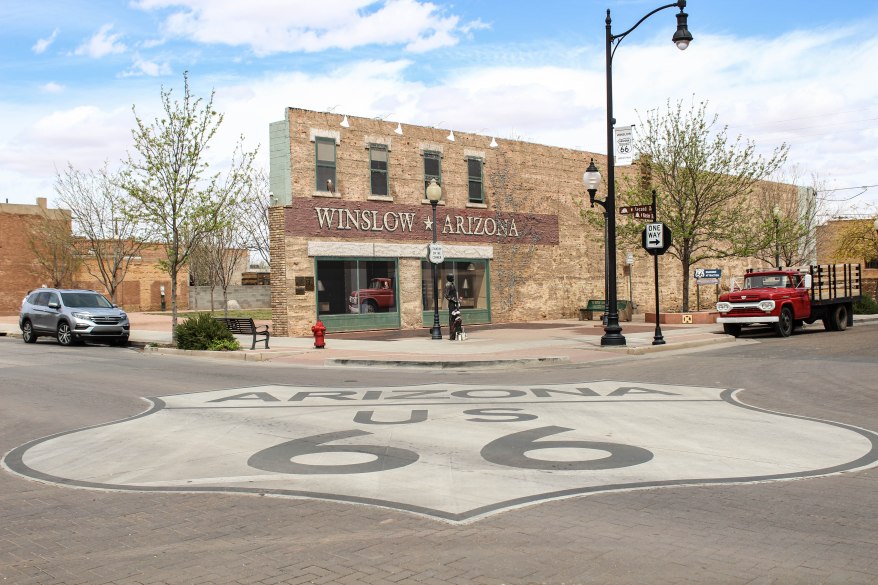 Winslow was my last stop for the day, I still had to do a photo shoot on the Pilot and was ready to head home. One of these day’s I’ll travel all the Route 66 towns in Arizona – there’s still a couple on my list… but we’ll see…