In a world surrounded by cool kids, it can be tough to fit in. Although the Toyota Avalon has been in the playing field for over a decade, it competes alongside the Dodge Charger, Ford Taurus and Nissan Maxima – all with a muscular physics and an attitude problem. The Avalon here is in entirely a league of its own… so can it still compete?

Compared to the competition, what we have here is the odd man out. While the contenders are overly bulked up cars filled with shoulder pads, the Avalon maintains a sleek premium design – with a tad sportiness to its demeanor. At least that’s what Toyota is claiming…

The biggest change to come along for 2016 was the added Touring trim that included a sport-tuned suspension system and some ecstatic modifications like new LED signature daytime lights, these beautiful 18-inch dark gray wheels and our featured Oh La La Rouge red paint. I mean…. You can’t tell me this car doesn’t look pretty.

The fact of the matter is, when you think about the Toyota Avalon, “sporty” isn’t really something that comes to mind. Consumers looking in this general direction expect something more on the plush side of the driving dynamics – but that is not to fear, even with this new sport-tuned suspension. While yes the suspension is a tad bit firmer – it is not all that noticeable. The Avalon continues to provide a familiar territory of comfort and smoothness that its driver is looking for.

Powertrain remains the same offering a 3.5-liter V-6 and six-speed automatic. Three drive modes are available between Sport, Eco, and Norm – either one will take you to 60 mph in just a hair above six seconds. We’ve always been very happy with the 3.5-liter Toyota offers – its 268-horsepower is just plenty for the Avalon – it carries itself well and never has any hesitations when the going gets tough. Even with a sporty name like “Touring” it doesn’t feel very sporty. The wheels turns in the direction of the steering wheel but won’t give the driver any sense of reward or satisfaction. There are paddle shifters attached to the steering wheel, and Toyota has fixed its automatic shifting problem when in manual mode, but really, here, it just seems unnatural. The good thing is, if driven gingerly, it can be someone fuel conscious seeing our average was 25 mpg combined for the week with 350 miles of range. 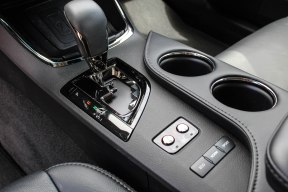 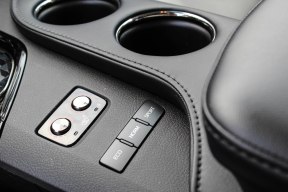 Nothing has changes really on the interior – we’re still graced with a sleek, fashionable design scheme and a button-less touch sensitive interface that works well with the car. Our Touring trim here sits near the top end of the pack but isn’t quite the fully loaded Limited. With its price point starting at $37,050 – our featured tester here wasn’t half bad on the goodies… and I’m not just talking about the leather seats. Comfort and convenience is all that is be expected. Its black interior is all business per usual, power adjustable heated front seats are standard, and the blind spot monitoring and dual-zone climate control are a nice touch in the features section.  It’s a large sedan, comfort levels are more than one can expect and this is one back seat we’re happy to lose shotgun over, seating position is just right for adult passenger, a deep seat with thought support, leg room for days and enough headroom even with its sloping profile. 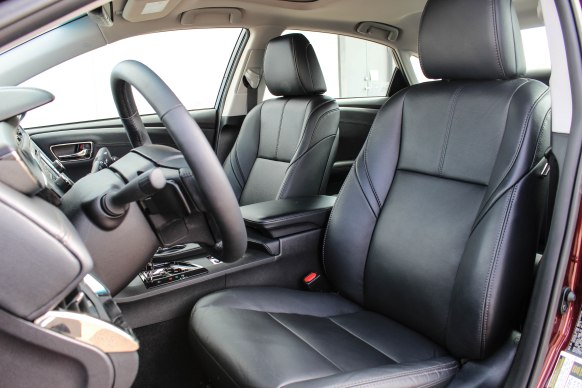 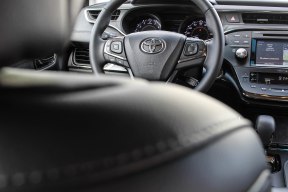 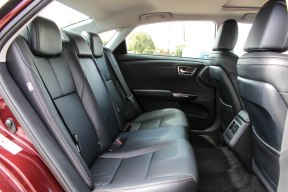 With so much technology being packed into cars these days, it’s actually nice to drive something that’s does what it does best. More tech can be packed into the Avalon if you wanted to upgrade to the Limited with additional option packages; however, as seen here the Avalon makes perfect sense – it’s a comfortable all rounder with plenty of guts and glory to show up its rivals.