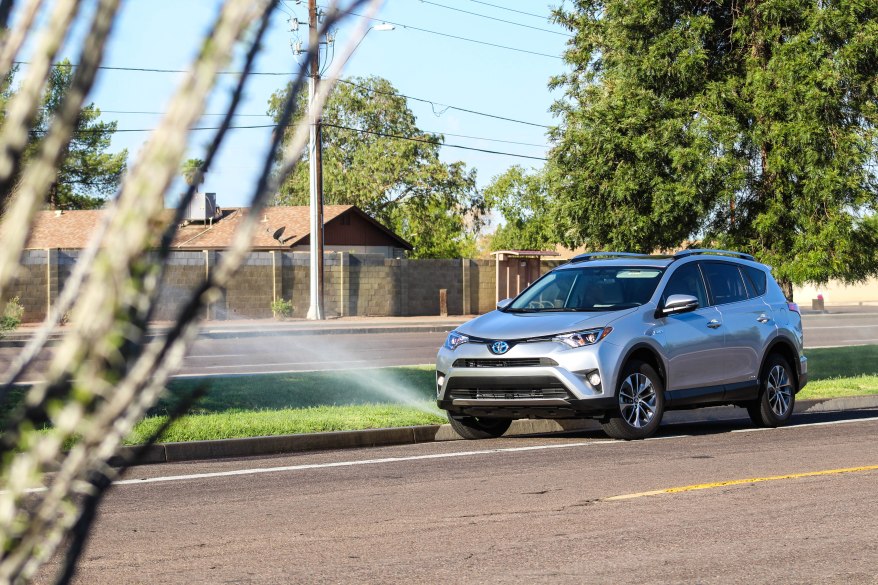 As the world leader in hybrid technology, it comes as no surprise when Toyota decided to incorporate this technology into one of their most successful crossovers, the RAV4. In fact, what took so long? The question really lies though, do we really need another hybrid, let alone a hybrid SUV? With fuel costs at a reasonable level, hybrids in larger scale vehicles almost seem obsolete. Toyota will beg to differ.

We covered the bases not too long ago on the slightly new-ish RAV4 as it has been updated for 2016. Modern looks bring about a sharper, sportier appearance and a new SE trim level for those that enjoy an extra shot of expresso in their Starbucks. Most importantly however is the new power plant that is being offered, a 2.5-liter four-cylinder working in harmony with an electric motor, therefore it makes it a hybrid. Funny thing about hybrids, they’re usually more powerful than their normal gas version – this RAV4 Hybrid produces 194-combined horsepower – that’s nearly 20 more than the standard engine. And yet somehow delivers 34 mpg.

Our sampler here, looking as ordinary as ordinary can come, arrived as the XLE. Next in line would be a Limited for strictly the hybrid models. The XLE will most likely be the popular choice upon purchasing and it comes loaded with set of attractive features – keyless start, 17-inch wheels, and a power lift tailgate. Tack on another $525 for premium audio and navigation and you got yourself a pretty slick ride. 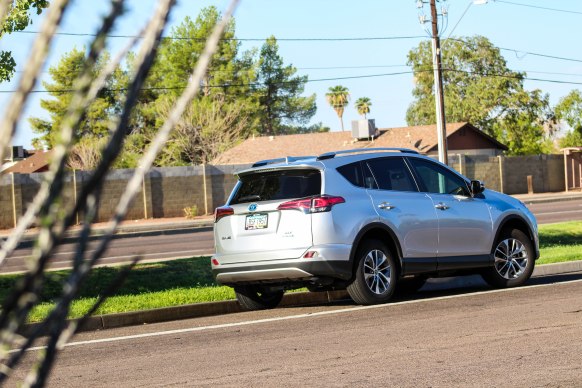 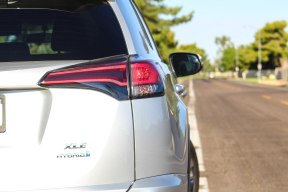 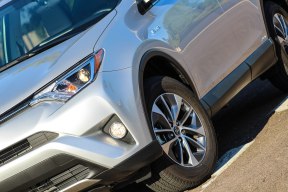 Even with a little extra power, there isn’t much extra boost from the throttle – it still takes about 9.5 seconds to achieve highway speeds and because power is delivered through a CVT transmission it drones like a cat in heat. It is however all peaches from inside – subtle ride quality from the confident chassis and 17-inch wheels. Noise level is kept to a minimum and the hybrid system hums away in EV mode under 25mph. Other than a slight vibration there is no noticeable transition from electric to gas. When EV mode is desired, usually in a residential areas, about a mile of range can be achieved if the battery has a full charge.

Hybrids can be tricky business when it comes to achieving the ultimate fuel economy. You become the slowest driver on the road constantly trying to utilize the electric motor. During our week we did manage to squeeze 30 mpg combined which closely put it to the EPA – given we did a little more highway driving than city, we could have perhaps achieved its goal. It can get 350 miles to a tank on regular octane fuel.

For an SUV, the RAV4 handles itself well with the extra weight of the batteries. The steering is still numb but Toyota added some weight to it, so it has a solid feel. The brake pedal is typical hybrid territory – very spongy and springy – takes some time to get used to with the kinetic energy the batteries pull. And because our sampler was the XLE, it was down to the generic basics with gray cloth seats – very comfortable mind you, and our temperatures in Arizona showing no signs of relief on heat, we’ll take cloth over leather any day. 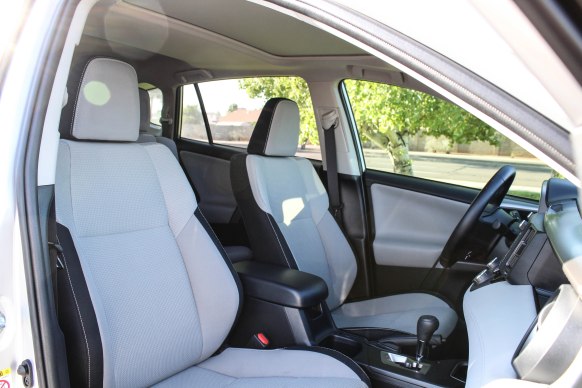 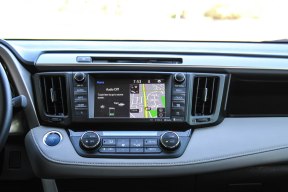 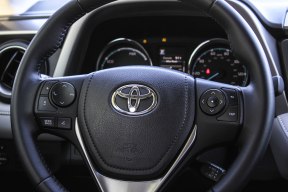 The RAV4 Hybrid comes only in two forms, the XLE or Limited, as mentioned before. The both come standard with an intelligent All-Wheel Drive System which means there are two electric motors – one in the rear and one in the front. This doesn’t add any additional power but what it does do is control the amount of torque that is being disturbed to each wheel. Idealistically should work for people that live in the northern part of the states.

So does the world really need another hybrid? Probably not. But considering the mpg’s in this family crossover, we’ll allow this one to pass through.