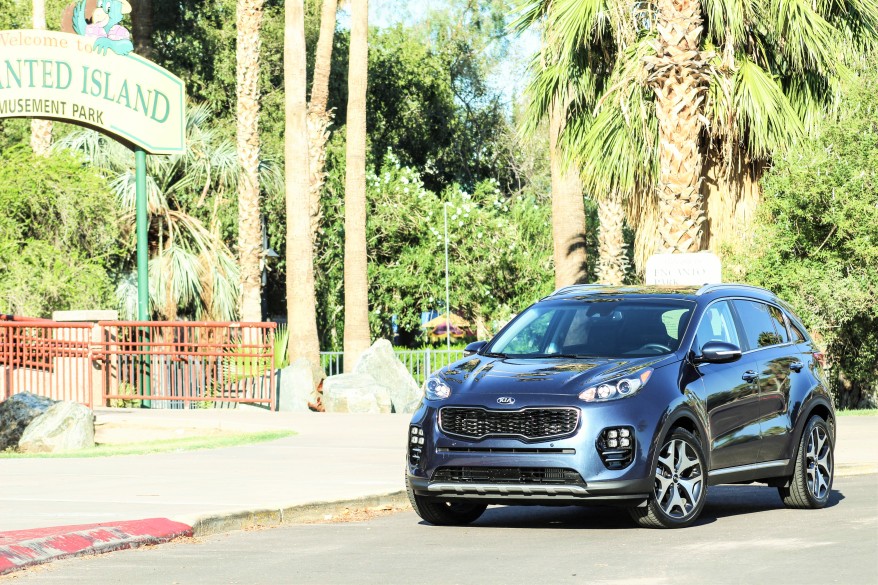 In a market as fierce as the compact crossover, there’s only one way to attract attention… even if it’s the wrong kind of attention. Or at least that’s from a few people who ever so kindly shared their unwanted opinion when it came to Kia’s completely redesigned 2017 Sportage.

Now to call it horrid is downright mean – it’s not, by any means – a bit odd, indifferent – yes. But we like it, and to Kia’s advantage, it certainly draw’s attention. And if you approach from behind, there’s definitely a German vibe in its present. This top spec’d SX is the highest trim amongst three trim levels with an EX starting at $22,990. For an SX, you’ll need to pony up nearly $10k more and if you want All-Wheel Drive, it’ll be another $1500.

Sure, 10-grand isn’t chump change, yet when reading down the spec sheet of our SX here, it’s an extra set of dough we wouldn’t mind splurging. I mean, who wouldn’t want to go for these 19-inch wheels – quad-lite LED fog lights – Active Bending HID’s – Lane Departure Warning – Blind Spot Monitoring – Rear Cross Traffic Alert and a series of comfort features like this gigantic panoramic sunroof, and heated/cooled front seats. 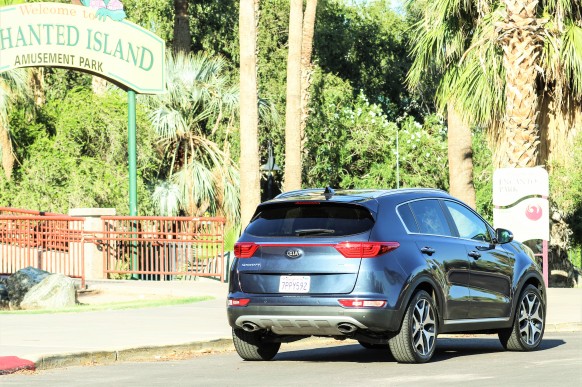 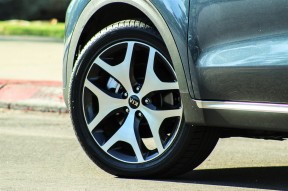 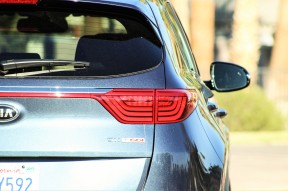 Whichever trim fits your needs, the Sportage, while different is a handsome thing – Kia dressed it up with gorgeous lines and attractive curves that even flow into the rear panels with a sexy set of taillights. It also has a high belt line that makes it that more attractive, yet from inside, it maintains an enduring view of the road – unlike most crossovers that make you feel like you’re sitting in car.

There’s some German engineering in the air… and we like it. When setting behind the leather wrapped flat bottom steering wheel – we almost forgot where we were for a moment. Outside the obnoxious, uncomfortable headrest there was something about this Kia that didn’t feel Kia at all. The interior has been extremely well executed not only in design, but in overall quality of materials. Every button, knob, and surface we touched felt like something we expect from and Audi or a BMW. It all has a pleasant soft touch, tactile feel – every surface had a premium sensation. And because our sampler came with everything you’ll ever need, we sat comfy with a heated steering wheel, leather interior and a fantastic 8-inch touch screen infotainment system and Navigation. Kia has announced that their cars will now be equipped with Apple CarPlay and Android Auto, while it’s a simple software upgrade, ours had not been upgraded yet. 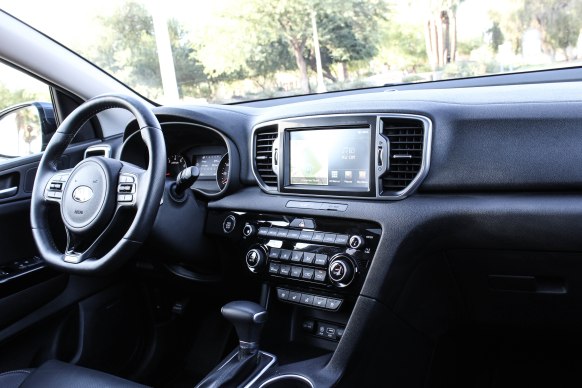 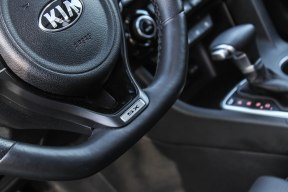 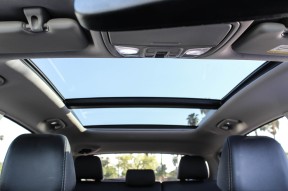 Now, what about the stuff you can’t see – like its fantastic new chassis. Some may say it’s not as good as the much loved Mazda CX-5…. But I dunno… this comes a very close second. The Sportage is very well balanced in the structure – the steering is nicely bolstered and while vague still provides good precision and accuracy. The ride through our 19-inch wheels at times could be harsh over extreme cases, but the suspension does a fantastic job at sorting out the rough stuff – if only we could get a little less road noise.  And because Kia added additional structural welds, it comes across well planted and solid.

Two power plants scoot the Sportage along – a base 2.4-liter four-cylinder or a spunky 2.0-liter Turbo (only available on the SX.) The 2.0-liter Turbo is down on power from the previous generation coming from 260 down to 240-horsepower, all in the sakes of fuel efficiency they claim. Luckily most drivers won’t notice the big difference between the two – the SX Turbo still scurries to 60 in nearly 6 and half seconds using a quick to respond six-speed automatic. With turbo charged engines, they could go two ways, they’re either really good – or in this case, they lag. The Sportage has the extreme case of I dunno’s when it comes to the turbo kicking in. Sure an easy fix is to not mash your foot to the floor, but in the real world, things don’t always like to take their time. The lag can somewhat be tamed by switch the drive mode into Sport, but be forewarned doing such could increase your chances at having a good time and using the wheel mounted paddle shifters. 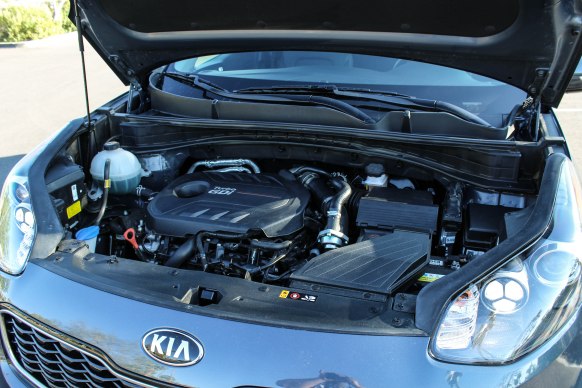 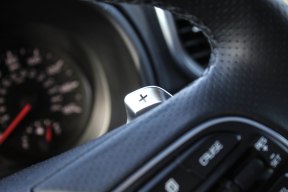 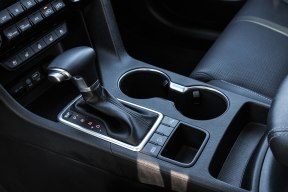 As we all know, having a good time behind the wheel can ruin the opportunity at decent fuel consumption which remember, Kia is trying to receive better fuel economy with less power. While the EPA claims that our Sportage could achieve 24 mpg combined, we sadly only saw 20 mpg and 350 miles of range on regular ole octane fuel. Perhaps we were trying to avoid that turbo lag a little to much.

So sure, when it comes to standing out, the Sportage does a pretty good job on its own appearance wise. But when it comes straight down the bones of the car – it’s ahead of its competition.