1995 brought us Toy Story, the dot-com, and the Toyota Tacoma. It was a year of change – and for Toyota, it was the year that the compact pickup transformed our world forever. The compact truck has been around much longer than 1995; however, after the Tacoma was launched, the truck industry altered our perspective, for the better. Since then, the last 21 years has been kind to us – CGI has taken over film, the internet is readily available in our hands, and the Tacoma can now climb a hill all by itself – interesting.

To compare how much has changed, we found a marginally used 1999 Tacoma with 266,000 original miles on the odometer and character dimples to outline the cosmetically enhanced abrasions. We then put it up against our sampled spicy Inferno 2016 Tacoma TRD Off-Road with 7,000 hard earned miles on the clock. Okay, yes, these Tacoma’s are very different and generations apart; however, after 15 years, the demand and the appeal is still all the same.

In ’95 there were three engine options for the Tacoma, this ‘99er was the 2.7-liter four-speed automatic with overdrive (the Pre Runner tailgate is misleading due to a swap.) With 150-horsepower under its hood, we didn’t dare test how fast to 60mph it goes – with the air conditioner squealing, we didn’t want to be responsible for any parts. Besides, it didn’t stand a chance against our ‘16 Tacoma’s 3.5-liter V-6 and six-speed auto with 278-horsepower. An optional 6-speed manual is available, and one we’d much rather prefer. Base model SR and SR5’s get a 2.7L four-cylinder with just 9-more horsepower than the ‘99er and a choice between a 5-speed manual or a 6-speed auto. 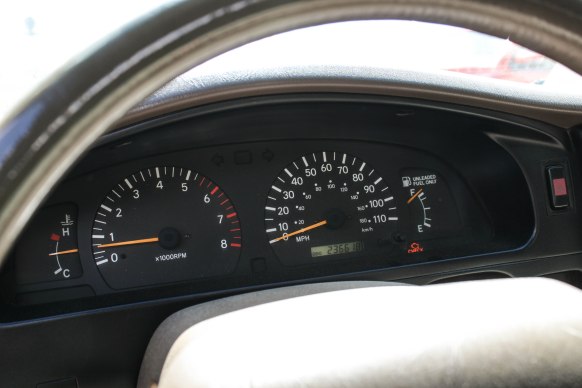 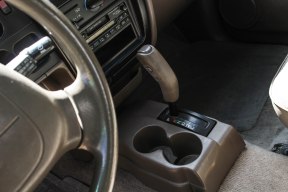 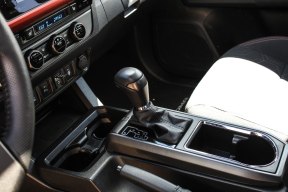 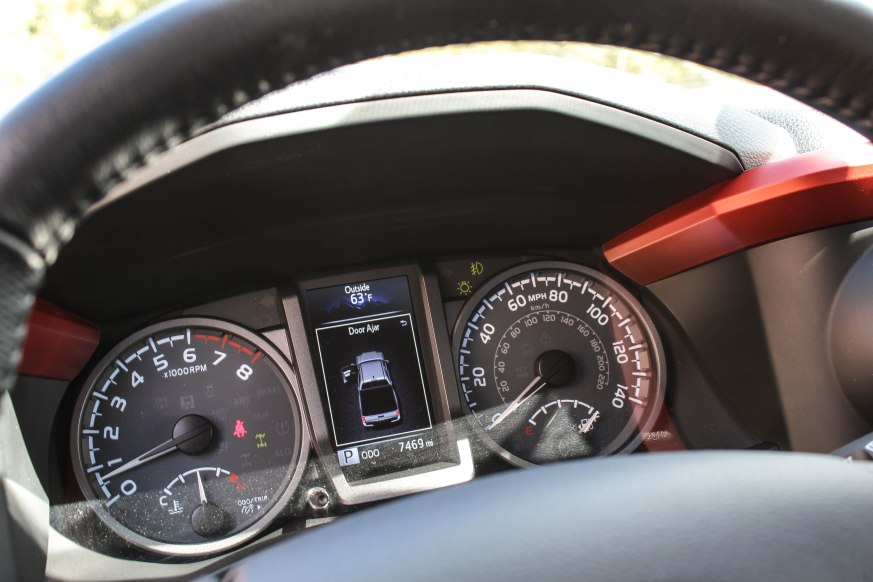 Even though our Tacoma has over 100 more horsepower under the hood, the driving is relatively the same. Both had the TRD off-road packages that added a stiffer off-road suspension and numb steering from a heavy steering wheel. Day-to-day driving in the ’16 was much more preferred as the chassis has been tweaked over the previous generation to make it more smoother, quieter, and overall more car like. Our testers 3.5-liter isn’t car like however, unlike some of the more refined engines on the market like the Chevy Colorado or Honda Ridgeline – this 3.5L is coarse – its workhorse engine that feels like it takes a lot of effort just to get from point A to point B. The automatic transmission struggles to downshift when we needed and when it did, it would go too far.

Times are different now, trucks of the 90’s we’re made from simpler times – adding in a cassette player was a luxury option. The interior plastics were made to stand the test of time but never really appealing. Now we have fancier materials and special trims. Granted it looks sharp and gives the interior of our ’16 Tacoma a much more pleasant, and livable atmosphere – even more so when you get the Inferno paint, it comes with interior matching trims. Plus the technology is much different – the old times had buttons and knobs to tune for a station and change the volume. Now we have navigation and a touch screen infotainment system with 35 presets and 5 different audio sources – at least there are still two knobs. 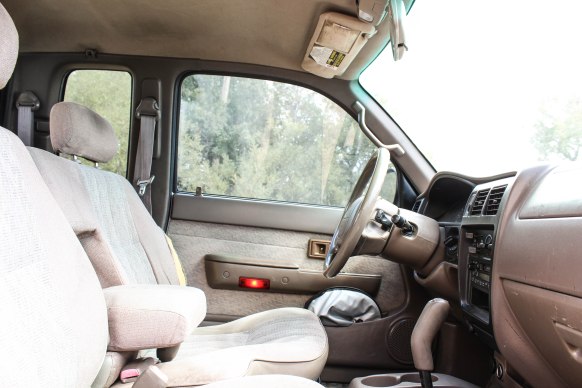 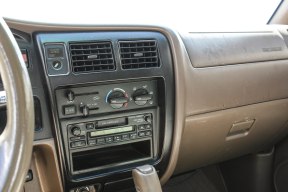 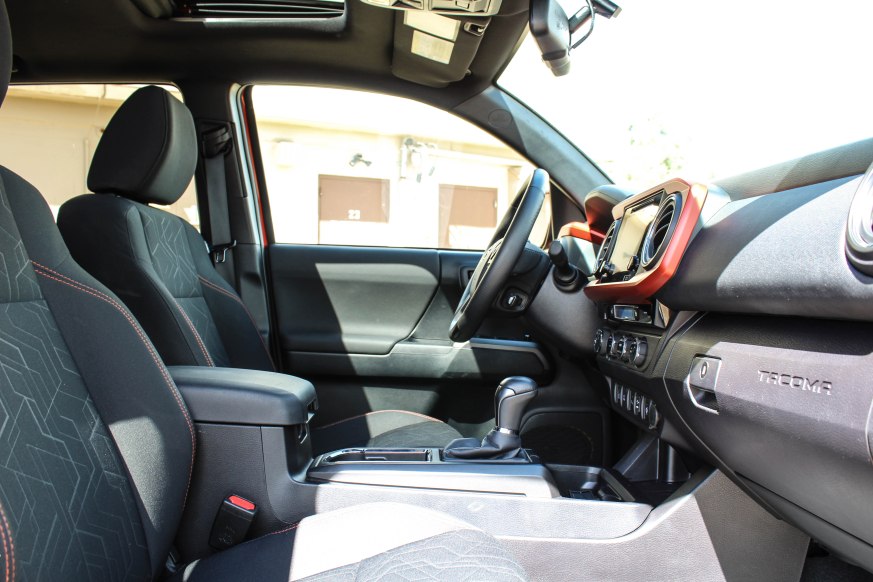 We were pleased on our mid-level trim TRD Tacoma arrived with a cloth interior – especially if you’re an off road junky – its made of an easy to clean material and won’t get ruined as fast as leather – and it still comes with comfortable heated front seats. Unfortunately in 1999 the four-door truck had yet been discovered – that came two years later. Even with four-doors, room is tight in the back seat, but habitable. Chose not to have passengers back there and the seats can fold up or down for additional storage – modern world taking advantage of the smallest places.

The thing is, Tacoma buyers don’t buy a Tacoma because it looks pretty and they’re not going to not buy one because of the low seating position or small rear quarters. They buy them because they’re rugged, survivable, and ultimately reliable. The question is though, how much can the new Tacoma really survive? Even though this ’99 didn’t have four-wheel drive, the old trucks used to just have an old school lever to shift into four-wheel drive. Now in this modern day and age it’s just a knob. Topping it off, the TRD comes with an assortment of 4WD nannies like the Multi-Terrain Select that can adjust the amount of traction, power and torque to each wheel through Loose Rock, Mogul, Rock or Sand… There’s also Crawl Control with adjustable speeds that helps crawl its way up or down a mountain or even out of a hole in the sand – we did test this system and works quite well, almost takes the stress out of off-roading. Where’s the fun in that?

Technology has overtaken our trucks – the simple days are long gone. On the outside, the Tacoma still remains that simple, yet rugged truck that catches every ones eye. It’s a truck that 20-years from now will still sell faster than you can put a for sale sign up. It’s a truck that will never let you down. The only worrisome is, in 20 years, is it still going to be just as good as the 20 year old trucks of today? Reality is, probably not.