For the first time in two years, I managed to leave the office early, history showed that whenever I had a trip organized on a Friday, I was always stuck in the office. Unfortunately none of that mattered this time around for that I was catching a plane that didn’t leave till late in the evening.

While Arizona has a lot of wondrous adventures I could explore, sometimes, it gets a bit too old and I want to go out and explorer untarnished territories. For quite some time now, I’ve been pondering the idea of going to Mount Rushmore in Rapid City, South Dakota. However, not a lot airline companies fly out that way and since my cash flow and time is limited, I looked on the map for the closest major city – which just so happens to be Denver – 5 and half hours away. So I booked a late night $36 flight through Southwest. Due to unforeseen circumstances, my flight was delayed by an hour and half which put my arrival into Denver around 1:00am 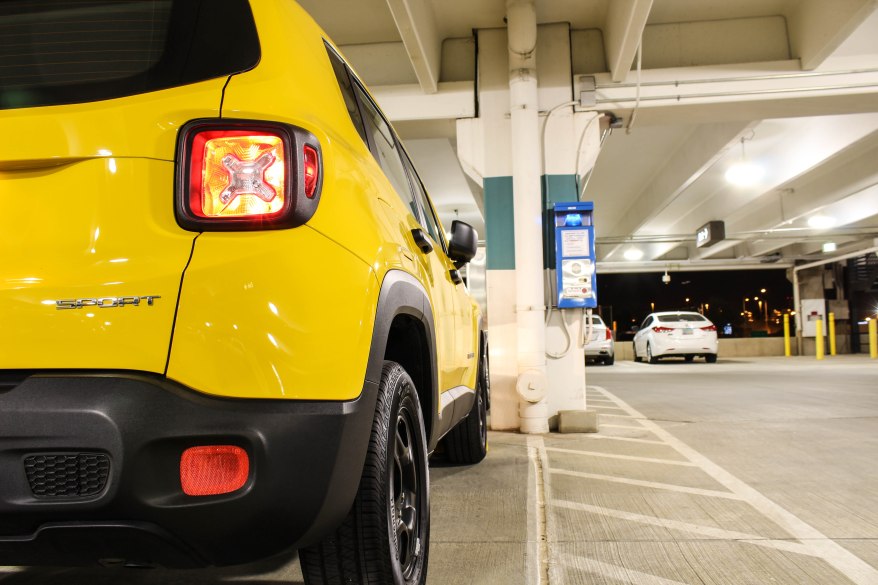 THIS WEEKS JEEP RENEGADE, TUCKED AWAY FOR THE WEEKEND

To make things more interesting, I called up Toyota to see if they would be willing to loan me car. Surprisingly they were happy to oblige and offered up a Parisian Night Blue Avalon Hybrid Limited. Not quite the thrill sedan I was looking for, but the comfortable ride quality and fuel economy will definitely be to my benefit.

Upon landing in Denver, I was given precise instructions to a secret location to pick up the car. Being that it was 40-degrees outside, I was eager to get the keys and hit the road. Sadly I’ve already over stayed my welcome in Denver; I had a hotel waiting for in Cheyenne, Wyoming – only another hour and half outside of Denver.

Five minutes into hitting the road, I was already pleased with my Avalon – I forgot how confident the 2.5-liter four-cylinder and Hybrid motor can be on the open road. And since it was a straight shot to Cheyenne, I set the adaptive cruise to 80 mph and hightailed it north.

I arrived in Cheyenne just before 4:00am, not what I really expected, thanks Southwest. But my hotel was a historic landmark, and was established in 1911 – the main floor is reminisces of that era with dark mahogany wood, brass fixtures everywhere, and decorative tiles covering the floor. The elevator is even an original. Beats the hell out of a Holiday Inn.

AT THE PLAINS HOTEL 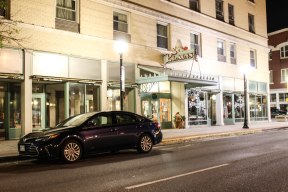 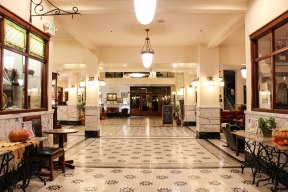 INSIDE THE PLAINS HOTEL GRAND FLOOR