Arizona has some beautiful renowned lakes: Lake Pleasant, Lake Havasu, and Lake Roosevelt are just some of the larger, more notorious lakes we have to offer out here. After all it’s where we go to cool off during our triple digit summer months. However, we are also known for some of our smaller lakes – in this case Alamo Lake State Park.

Alamo Lake is a small lake, it resides 38 miles north of Wenden, Arizona. It is generally known as a fishing lake, and since water levels are at a record low, it remains as such for a lucky fisherman or a daring swimmer. It also marked as our destination on a group road trip to escape some of the concrete walls and glass buildings.

It’ll be a smelly car ride

Embarking west on I-10, we headed out following the signs towards Los Angeles for about 100 miles. Our friend Tyson in his infamous Acura ILX, a friend in a new 2017 Acura TLX and us coming up the rear in the all-new 2017 Cadillac XT5 with my friend Lance, who all were in need of a little excursion. With the cruise control set, we sat pretty in the Sahara beige leather interior, pumping to some good tunes through the XT5 13-speaker Bose Surround Sound system watching the miles roll. 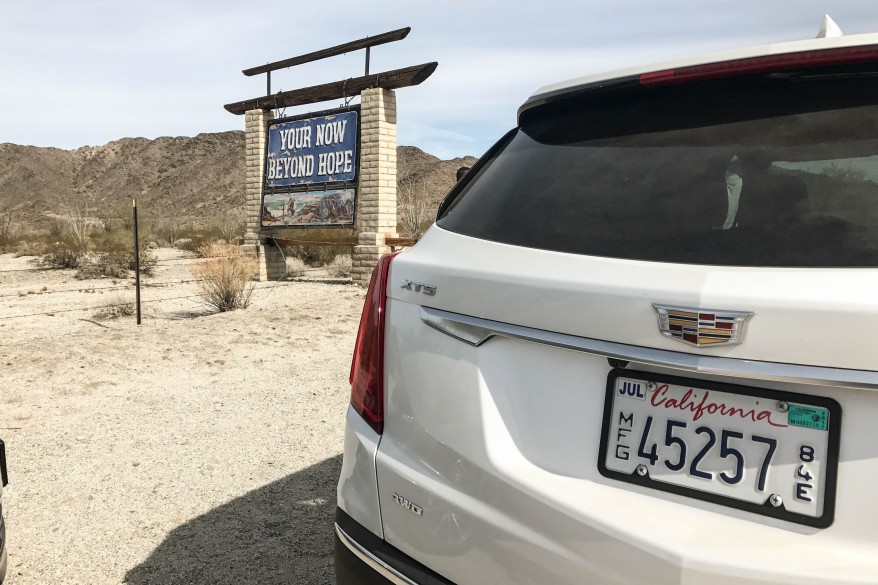 About 10 miles before the State line we turned off towards a town that required spell check before making a sign and onto some curvy mountain roads that would lead into the State Park. Upon entry, it was a pretty desert view – we pulled in to pay our $7 park entry fee, but since we were only here to check out the sites, the Park Ranger allowed us to mousy on through. So with a few bucks placed in the donation bin we scampered to the top of the mountain overlooking the lake and what few fishing boats were out looking for tonight’s dinner. Atop the mountain we enjoyed the piece and serenity this place had to offer – at least until some took at step on the most noisiest rock ever. This is also were we made some new biker friends, Lance nicknamed them “Merl & Pearl” – they we’re cool though and kindly took a group picture of us, which I failed to save. 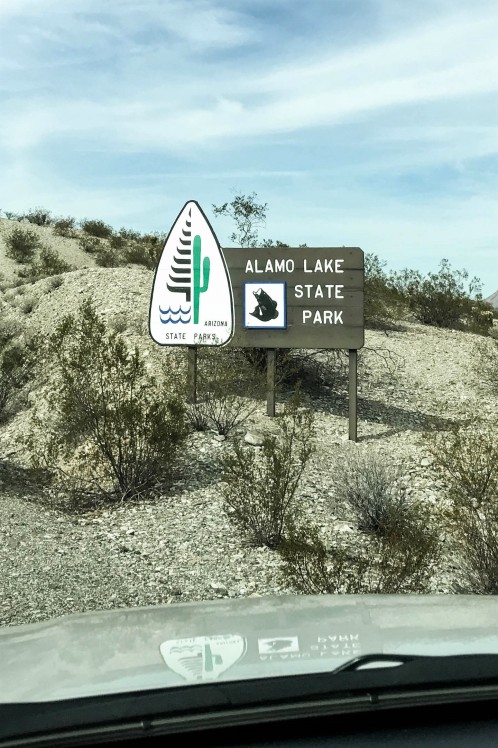 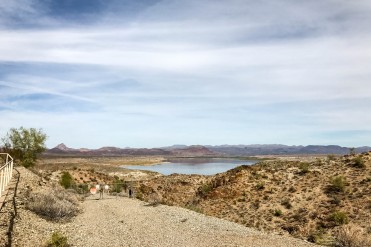 With six souls on this trip, there was bound to be some grumbling stomachs. The nearest, biggest town was Wickenburg and required over an hour of travel. Back at the Ranger Station, the Ranger mentioned a local restaurant/bar but was off the beaten path for about 3-miles. Not that that phased us – our XT5 had all-wheel drive. And when we arrived, it just went to show, just because it has 20-inch stilettos, doesn’t mean she doesn’t like to get down and dirty every once in a while. 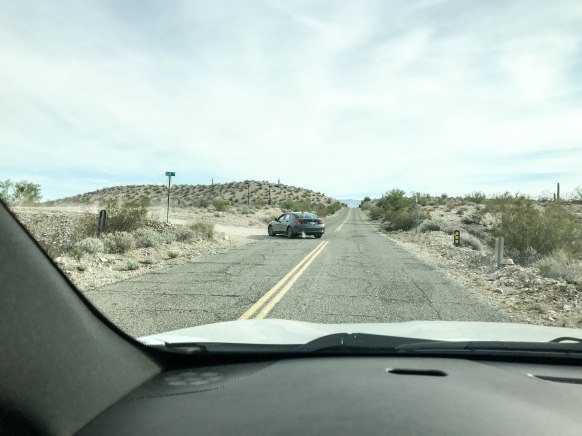 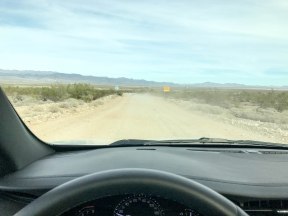 The name of the bar was Wayside – it was a quaint little place that looked like it was the kind of place to bring the locals together. Walking up, it was obvious we didn’t belong. The locals were gathered around grilling up burgers and probably gossiping about the queens that brought a Cadillac down a dirt road. When we entered, it felt like a place you could be yourself and we instantly made friends with the bartender. It was bar food – not much you can expect – the burgers were grilled and they kind obliged to put an egg on my (they didn’t know what to think of such concoction.) This was the kind of place that when you gave them your credit card, they didn’t ask if you want to leave a tip – they just charged the right amount and when we asked “where do we put the tip” they said “we hate to ask, so don’t even worry about it.” Next time I’ll take cash! 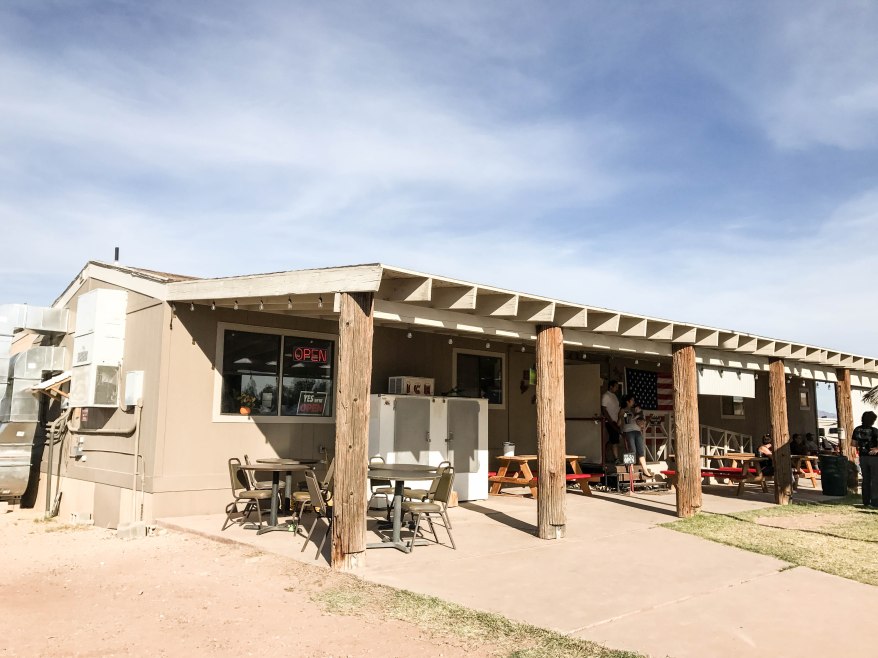 With 150 miles left to go, the end of the day was nearing and it was going to be a long drive back. So we kicked on the cooled seats in the XT5, opened the Panoramic Sun Roof, sat back and the let the miles roll. 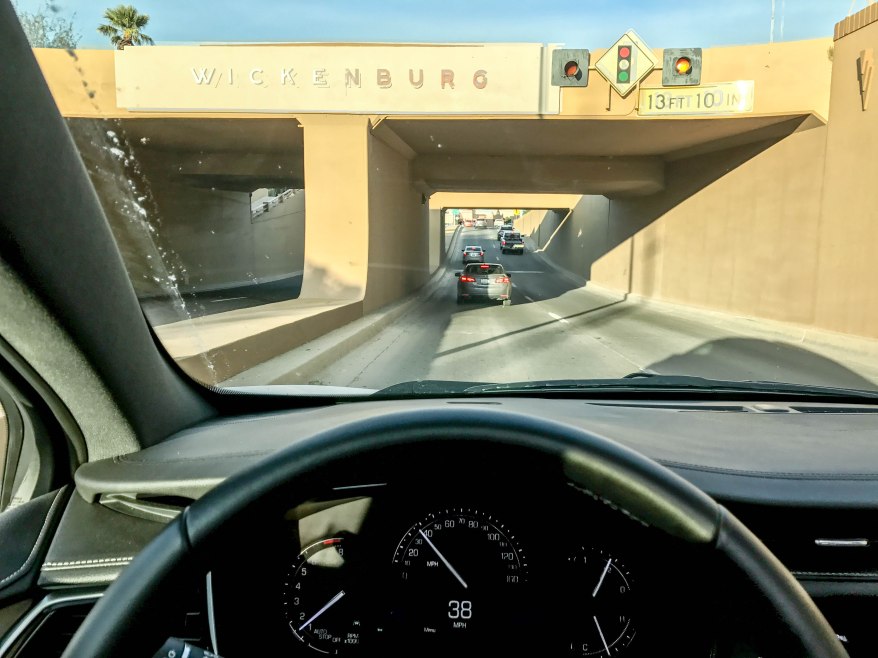