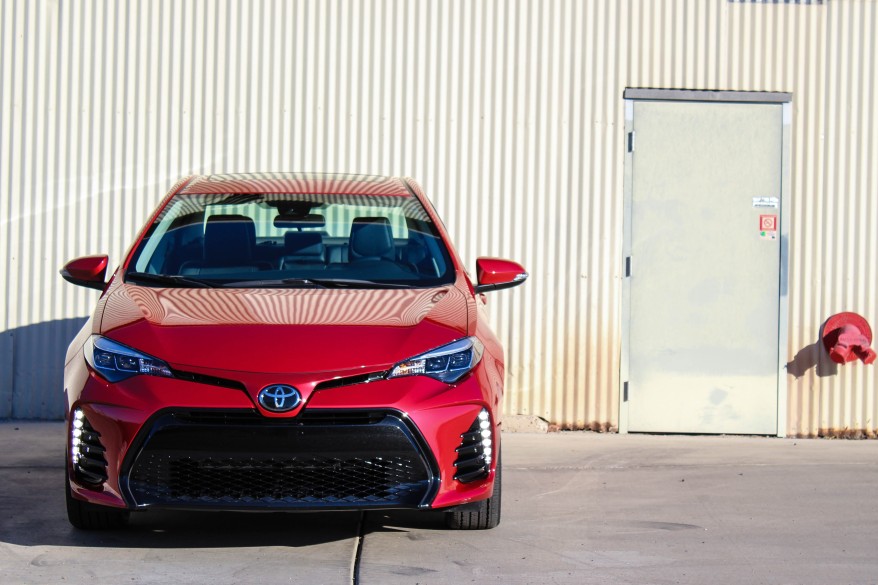 Over the years, the Toyota Corolla hasn’t always been the most popular car within the automotive community due to its unentertaining driving characteristics and before 2014, its lack lustering personality deficiency. In attempt to sparkle some life into a dreary lifestyle, the Corolla was given a glistening disposition when it was fully redesigned in 2014 that presented athletic characteristics. However as we all know, beauty is only skin deep.

Now a few years into the Corolla’s too kool for skool looks, it’s time to take it another step further and give it a mid-cycle refresh. This allows Toyota to take an opportunity to spruce up its design language, add some new features, and possibly increase some performance numbers. For the sake of the updated 2017 Corolla, I guess two out of the three aren’t bad.

2017 brings in a new, but familiar face. Some minor fascial expressions have been tweaked; the Corolla has some new headlights and taillights. There is also now a couple introductions to the trim levels to be more in-line with Toyota’s current model line-up. There are now 7 available trim levels, including the new SE, XSE and the 50th Anniversary Edition.  The XSE being the more prominent top spec trimmed Corolla, happens to be our test sampler brings in extra energetic flair with LED daytime running lights, sportier blacked out LED headlights, 17-inch alloy wheels and a more aggressive front façade. 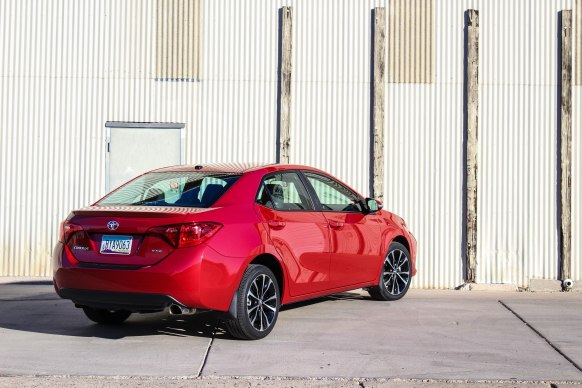 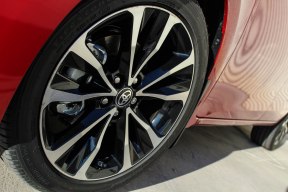 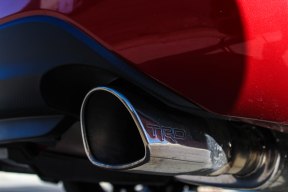 Refinement to the interior was also added by incorporating the dash from its euro-spec’d Corolla iM hatchback brother. It now features a larger touch screen infotainment system, a digital TFT cluster display, automatic climate control and additional soft touch materials throughout the cabin. Our top spec’d XSE offered an array of additional pleasantness with a faux-leather interior, accent stitching, heated front seats, a power adjustable driver seat and a power sunroof. As compact sedan’s go, the interior of the Corolla is roomie, quiet, and comfortable – everything we’d expect. The rear seats now include a center armrest and provide ample space and comfort. The touch screen infotainment is informative, easy to use, and provides text messaging alerts.

The biggest news however to reach the Corolla is the new standard safety equipment, taking it above and beyond other manufacturers. Toyota’s Safety Sense system is normally an option you’d find at the higher-end of the trim lines in its competitors. However, Toyota here has taken extraordinary measures to ensure texting drivers are now safe from harm’s way by offering Lane Departure Warning, Lane Keep Assist, Forward Collision Alert, Automatic High Beam Assist and Radar Active Cruise Control all as standard equipment even on the base Corolla L. 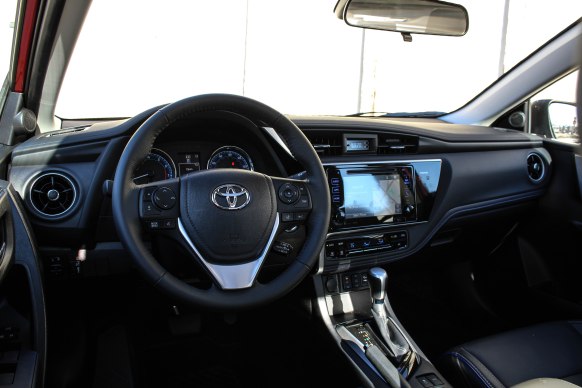 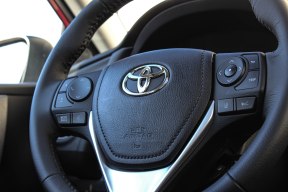 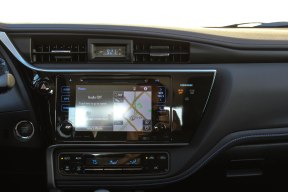 However, the more things change, the more they stay the same. While the Corolla’s superfluous athletic temperament certainly peeled to our eyes, its 1.8-liter four cylinder engine was nothing to get excited about. Even with some bizarre TRD performance exhaust and air filter upgrades, it didn’t increase its 132-horsepower performance. In fact, it made for quite the buzzy engine when accelerating to 60 mph – which took almost 11 seconds. With the TRD exhaust, it did make us laugh, it made our Corolla obnoxious, but also entertaining. If we used the steering wheel paddle shifters we could get the exhaust to crackle and burp. Whaaaaaaat!? And not that the exhaust belching wasn’t entertaining, but there is something wrong with this picture – perhaps it’s the 30 year old, overweight bald man behind the wheel trying to make his car belch from heartburn.

With the addition of the XSE trim came in a specially tuned sport suspension system to provide what consumers want to be believe is a more enhanced driving experience. In actually the ride is just a bit firmer and supports itself more in the corners. The electric power steering is also boosted with additional weight in its motions, but does nothing to provide any feel for the cars motions.  To pour salt in an already sore wound, the Corolla’s CVT transmission got about as exciting as our grandfather’s socks. Which made our Corolla sound like a leaf blower at full throttle thanks to that TRD Exhaust system. A six speed manual is available on the mid-level trim SE, which can support nearly the same amount of flair as the XSE. And from what we hear is quite good and can achieve much quicker acceleration. The good news is, even with that performance exhaust, our MPG’s weren’t effected averaging 32 miles to the gallon on regular octane fuel – a hair above the 31 MPG EPA rating.

Starting at $22,680 for this XSE, we can make sense as to what is so appealing about the Corolla. After all it’s not a bad car, it’s a logical choice for a safe consumer. Even after adding nearly $4000 in unnecessary options, the Corolla holds a special place in our hearts with its sportier-ish demeanor. Just don’t tell anybody we said that.