The mid-size luxury SUV market is now over saturated with crossovers than a San Diego’s beach on a hot summer’s day. Cadillac being one of these contributors offers up the XT5, recently renamed a year ago to confuse the consumer. We tested the newly refreshed XT5 around this time last year and found that it had hit the middle of the road in the luxury SUV segment – however, this is a new year, and Cadillac has offered us the range topping Platinum with an alcantara headliner, suede inserts on the dash and enough technology to send my grandparents packing on a greyhound bus. 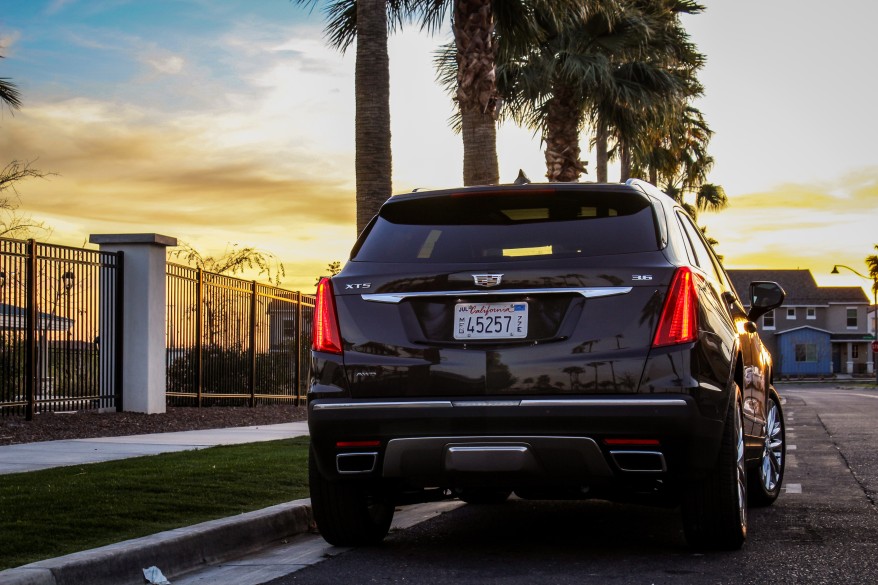 Not much was introduced for changes this year. Cadillac has now upgraded the XT5’s infotainment software to now include Apple CarPlay and Android Auto Connectivity. They’ve also made the rear view mirror camera gimmick a standard feature – which is kind of trippy at first but also really cool providing a much more clearer and wider view of what’s behind you. Cadillac has also introduced additional USB charging ports for front and rear passengers. 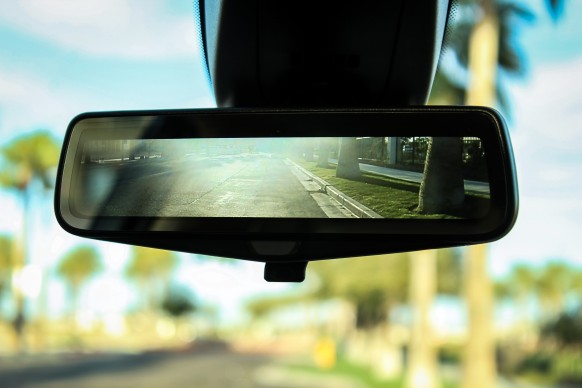 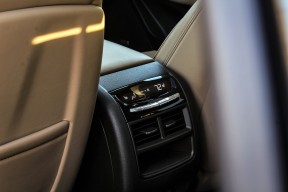 The XT5 is like a time capsule of what one should expect from a Cadillac – the plush quality of a sound isolating smooth ride with a raw grunt of a solid 3.5-liter V-6, takes just under 6 seconds for this 4400lb crossover to reach 60 mph through its 8-speed automatic. With the optional all-wheel drive system, the XT5 is a bit of a traditionalist. The majority of the time its front-wheel drive; but know, the XT5 uses 271lb-ft of torque, which is a lot. And in order to keep the power down to the asphalt without it acting like a puppy with socks on its feet being chased by a vacuum, we manually engaged the AWD system to sustain order. Doing this felt like the power was now more equally distributed and assisted in maintaining better control.

Stepping in the XT5 there is so much to look at and glaze upon. There’s lots of wood and soft touch fabric that we just wanted to rub our faces on it. The use of stainless steel metal is handsomely used throughout and while the touch sensitive buttons on the center console are a pain, we’re starting to get used to its concept.

Driving the XT5 feels somewhat special – being of a typical luxury crossover, its smooth composure leaves us feeling like were driving on a blanket of bushy tail bunnies. Passengers have all the comforts in the world with the rear seats having their own climate control system and heated seats. Plus the XT5 has a smart climate control system that automatically sets the heated/cooled seats and heated steering wheel depending on the exterior weather temp and interior temp setting. How nifty is that?

Because the XT5 uses what feels like an old school V-6, it feels as such. Its delayed acceleration responsiveness and too many gears to shuffle through adds a sense of falling behind the times in engine refinement. Despite having three drive modes, Touring, All-Wheel Drive and Sport – the electric boosted steering wheel is overly light and has no sense of what’s going on for the road below. Then there’s the fuel economy, which isn’t pretty, covering nearly 300 miles on a single tank and averaging less than 18 miles to the gallon – partly because we turned on the all-wheel drive system which requires more fuel. 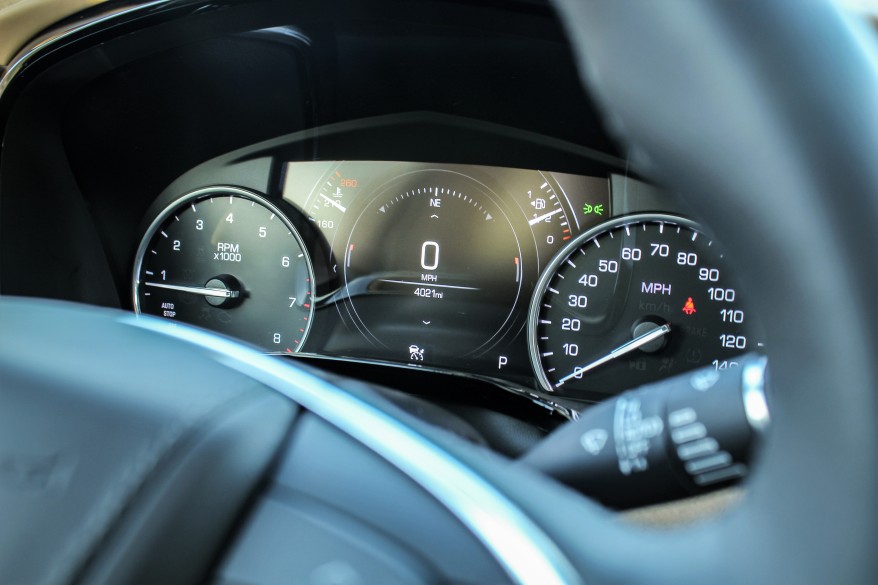 Even with all the luxury components that light up the interior cabin, there are still some noticeable cheaper plastics and materials used throughout. With less than 4,000 miles on the odometer, there were rattles throughout the cabin and the panoramic sunroof squeaked – this drove us nuts.

And lastly, the price. It’s a hard one to bite. This range topping Platinum with a couple of options costs over $66,000. Competing against the Alfa Romeo Stelvio, Jaguar F-Pace and Lexus RX350, they carry a cost of nearly $5-10-grand cheaper. At this price, Cadillac is facing the BMW X5, Volvo XC90 and Mercedes-Benz GLE300 that all supersedes with more superior luxury options and performance that match their $70,000 price tag. 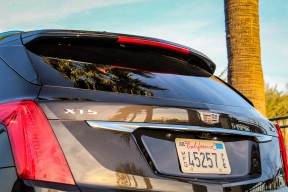 Being in the middle isn’t always a bad thing, and for Cadillac, the XT5 feels right at home with its customer base. It carries a trusted, respectable badge with a heavy dose of luxury, premium features behind it that bring of sense of comfort and familiarity to the brand. Just see if you can negotiate on the price a little.