Nineteen cup holders – is that too many? The next time we drive through a McDonald’s and they ask “would you like a drink carrier?” – heck no, we got more cup holders than a Grey Hound Bus. But seriously, the all-new Subaru Ascent is more than just a giant cup holder it’s the family crossover that picks up where the Ford Explorer and Nissan Pathfinder left off.

After all the paths have been found and everything has been explored, what’s next? The crossovers of our single youth have all turned into soccer mom grocery getters – and now Subaru is dipping their toes into the pond of good fortune. Accept Subaru’s take, why stop exploring when there are still mountains to ascend. Pun intended. 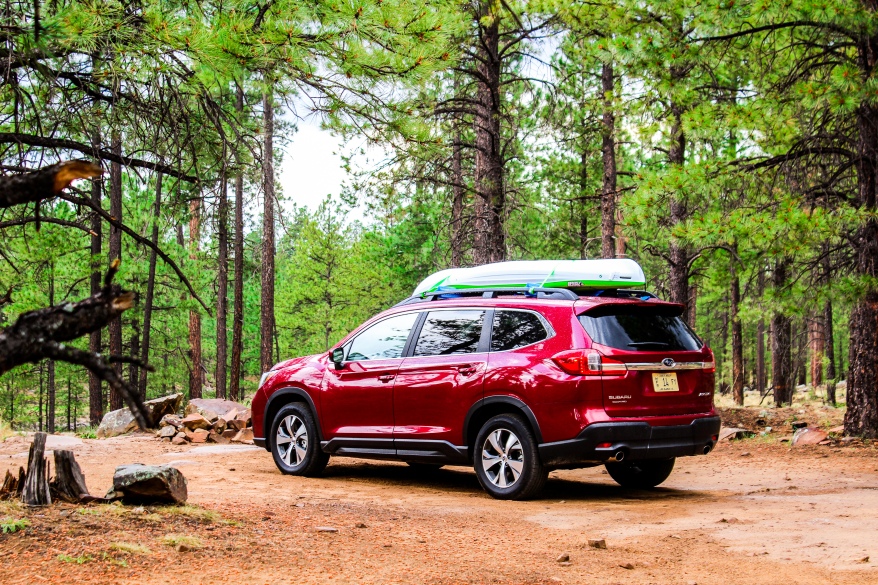 We’ll be honest, the Ascent doesn’t differ far from other Subaru’s – like as if a Forester and an Outback had a one night stand and the Ascent was the result of it. Perhaps that’s also because our tester is the Premium trim level. With four trim levels, the Premium starts at $34,195 – marking it as one of the more popular choices amongst the consumers. With three-rows of comfortable seating, symmetrical all-wheel drive, and Subaru’s Eye-Sight safety system all standard, it also makes it a crossover that exceeds the standards of all other crossovers.

With any of the four trim levels, topping out with the Ascent Touring, all come standard with Subaru’s newest 2.4-liter turbocharged boxer engine. Now, when we heard it was a four-cylinder, we were fathom. A 4500lbs crossover with a little four-cylinder engine… we for sure thought this wasn’t going to end well. But with 260-horsepower flowing through each wheel, the Ascent is a bit of a boy-wonder. This thing is quick – sure 0-60 mph is in 7.5 seconds, but how it gets there feels impressive. And then there’s the pull-away – cruising at speeds around 65 mph, stomp on the go pedal and 95 mph is achieved so quickly we had to brake check ourselves.

Power is distributed through something we’re not quite used to and you’ll probably never hear us repeat again – a really, really good CVT transmission. A CVT is basically one continuous gear that, as history proves, isn’t very effective, efficient or powerful. However, Subaru manage to exploit something very positive out of something we consider a negative. The Ascent manages its power very effectively – the power band is smooth with synthetic shift points – it never feels like it loses power, which is common for CVT’s. Being that the Ascent also weighs as much as a school bus, it doesn’t reflect it. It’s very light on its wheels and moves quite briskly. 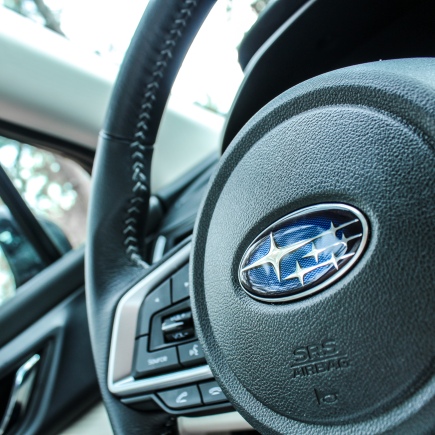 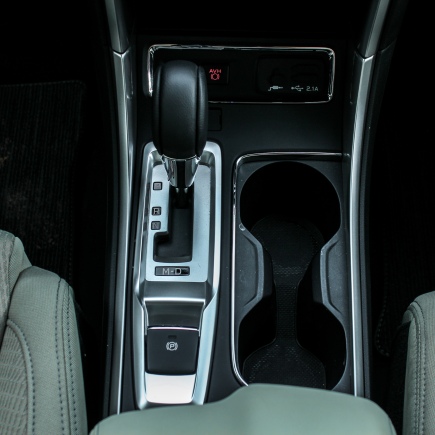 The Ascent carries itself well in all aspects. It handles with confidence and poise precision. The steering is extremely light and quick for easy maneuverability. And when it comes to the way it rides, it is incredibly smooth – it eats up bumps for breakfast and carries very little road vibrations or harshness. It’s even more impressive off the pavement gliding over washboard roads while providing a quiet cabin space.

Now, we here at SSB are a low budgeted website, we don’t have the facilities or the equipment to test the fundamentals like braking. We leave everything to the real world – and when a car decides to run through a red light as we pass through an intersection, we learn just how quick and responsive the brakes really are. Kuddos there.

Because it’s a Subaru, the Ascent power is sent through its Symmetrical All-Wheel Drive system. A system designed and developed to constantly be working so you don’t have to. Included with this is an X-Mode feature, this feature works as a downhill crawl assists – essentially, come to a steep downhill with slippery and tricky conditions, active the X-Mode and the all-wheel drive system works everything out to get you out of a hairy situation.

With our tester being of the entry level state, it found itself with less of the premium feel than its name leads to believe. The interior uses a mixture of soft touch materials on the dash with hard trimmed plastic bits served as accent pieces. Overall it carries an aesthetically pleasing atmosphere with imitation white carbon fiber, piano black and silver trimmings. The seats in ours were of a cloth like substance that proven to be stain and spill resistance – while we tested with water, we didn’t dare test with cranberry juice.

Following the three-row crossover rule book, the Ascent is a very comfortable crossover. It fits eight-passengers with ease and the third row is an actual useful piece of real-estate. The third row is one of the easiest rows to access – even for larger sized passengers and with a little bit of kindness from the second row occupants to slide forward, there is plenty room to move about. 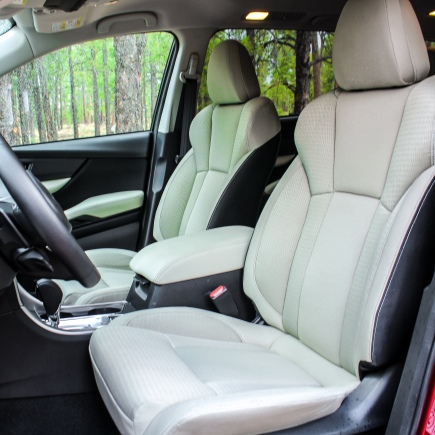 Given the nature of technology, the Ascent carries a wide range of the latest and greatest features on the market including Subaru’s Eye-Sight safety system – which is a standard feature across all trim levels. This incorporate features like adaptive cruise control with start/stop (enabling to use during stop and go traffic), lane keep assist, lane departure warning, pedestrian detection, and forward collision automatic braking. With integrated Apple CarPlay and Android Auto, the Ascent is always connected through its large, high-definition touch screen display.

With 19-cupholders the Ascent prides itself on excessiveness – but not everything excessive comes on our sampler. Upgrading to the Limited or Touring brings in 8-USB outlets, second row captains chairs and a huge panoramic sunroof. Our Premium level was generously equipped 18-inch wheels, LED taillights, LED daytime running lights, three-zone climate control and four USB’s (2 in the front, 2 in the back) 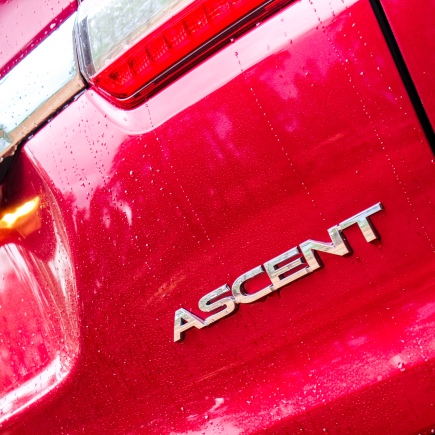 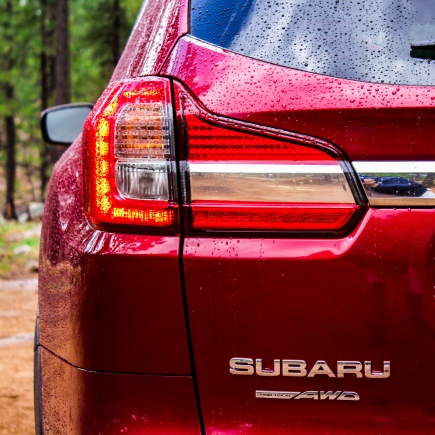 With an average of 20 mpg’s over the course of 700 miles, the Ascent showcased decent fuel economy for a large crossover using regular 87 octane fuel. Its tank on the other hand felt a little small, having four fill-ups during that time frame.

The market is currently saturated with large, full-size crossovers. One may think the Subaru Ascent has entered the market at a weird time – but rather it couldn’t be more perfect. Changes are still in effect for some of the major brands and those won’t release till at least year 2020. The Subaru Ascent offers that perfect balance of family comfort and adventurous fun while maintaining the confidence of safety, reliability and durability.