A Buick Enclave and the Best Street Tacos L.A. Has to Offer 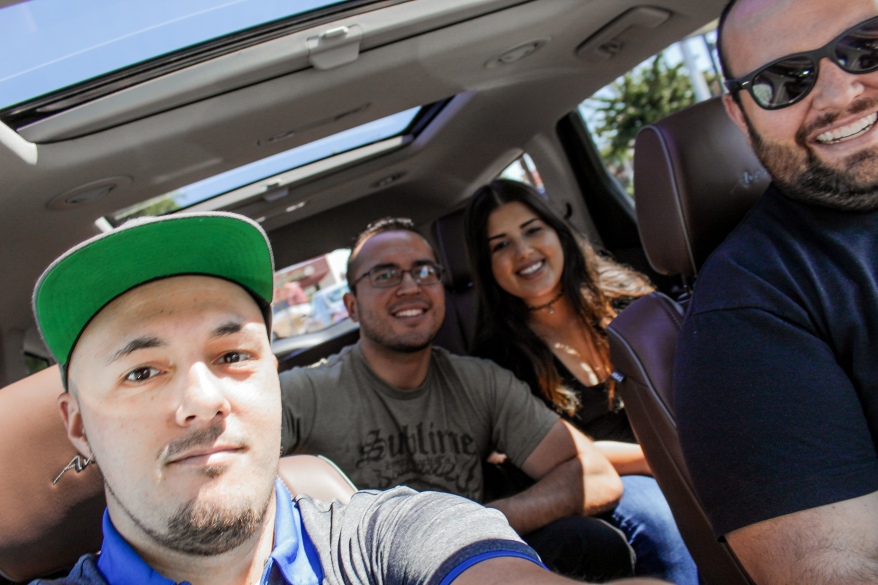 As someone who frequently travels to Los Angeles, I do the typical run of the mill routine every time I’m here. It’s almost never that I break loose, stop to take a look around and see what the streets of L.A. has to offer behind the typical glamorous scenes. A friend ran an idea across my desk that I felt was almost too good to pass up and with a couple of emails, phone calls, and a boarding pass in hand, we headed out to Los Angeles on a mission – to find the best street tacos that L.A. has to offer.

For this adventure, I reached out to our friends at Buick, we needed something plush and comfy to haul four people in profligate comfort and they happily set us up with the all new Buick Enclave. However, unlike traditional Buick’s in the past, the Enclave featured a new level of premium luxury with their Avenir line. We were in for a special treat.

Once we were dropped off at the airport parking garage in which our ride was waiting, it was an exciting sight to see the gorgeous lines of the Enclave presence. Its stance featured chic superiority with LED lighting all around, 20-inch wheels and an Avenir exclusive Dark Slate paint.

With 5 specific taco spots carefully selected we set out to explore some of L.A’s preeminent taco shops spanning from north L.A. near Hollywood all the way down to Long Beach. Each taco shop carried a unique touch from its type of tortilla’s, spices, presentation to even the locations that made it maddening to park in. 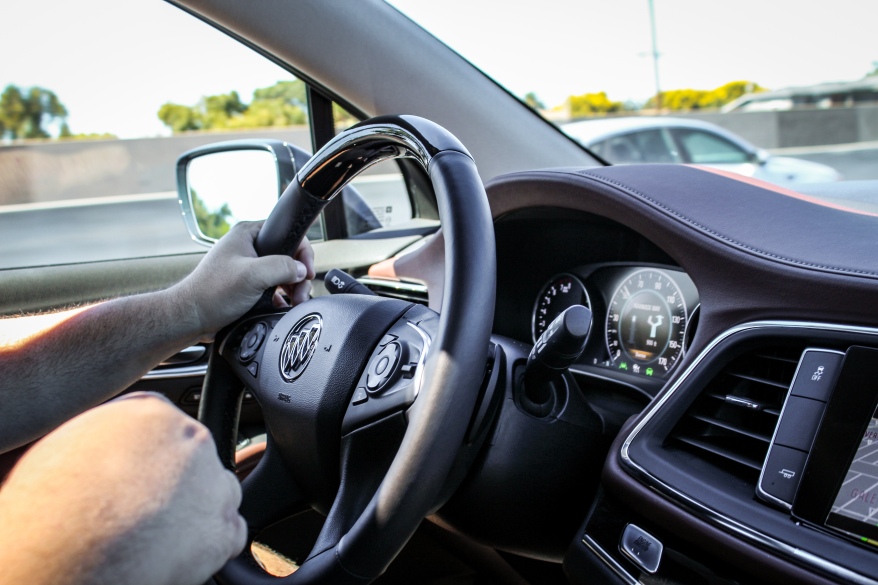 Our escapade required strategic planning through L.A.’s notorious freeways and using much of the Enclave’s touch screen infotainment system and equipped Apple CarPlay/Android Auto feature. The Enclave Avenir provided us with all luxuries of what we needed to maneuver around L.A. from the dual sunroof panels that allowed us to view some of the sights to the all-around view 360-degree camera that came in handy with all the tight parallel parking and strategic maneuvering we had to do at some of the locations.

3 of the taco shops that were selected were in standalone buildings while two were a little more problematic to find as they were on the move in trucks.

Taco Sinalona was our first stop on our mission, it was recommended by a random stranger while waiting in line at a bar in Phoenix – while the sauces used were bursting with spices, its average flavor in just a standard taco was not up to our standards and not what we were looking for. Sorry stranger. 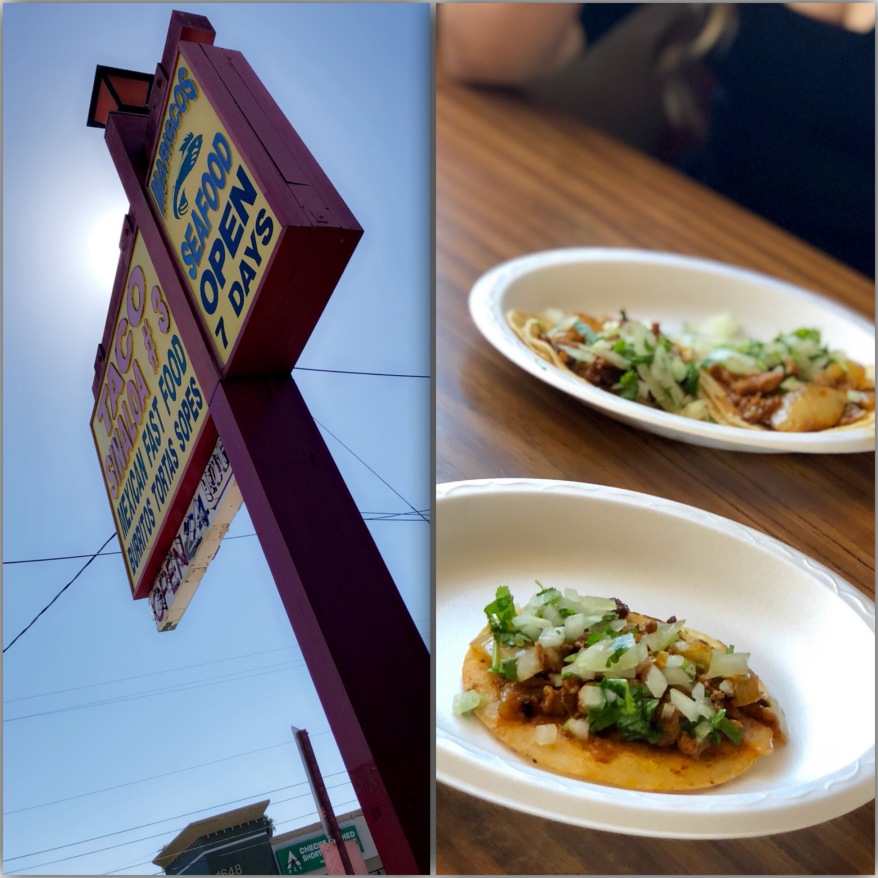 We proceeded to another built-in kitchen, Taco El Parque. Located in Gardena, it came recommended out of L.A.’s Top 28 Taco Restaurants. This restaurant, again, felt like it was missing something. Their tacos came across too mainstream – they lacked a stimulating palate that we were looking for. So we moved on.

Taco Arandas was an interesting one to locate – this one was a food truck tucked behind a do-it-yourself carwash. It was located just north of Compton, an area you usually wouldn’t find me passing through. This is where our taste buds found the sizzle we were anticipating. Full of seasoning and a spicy flair, their tacos formed a party in our mouths. Considering we were starting to lose faith in our Taco judgement, Taco Arandas lifted our spirits.

Moving more north, back to central L.A, we detoured and went eastward towards East Los Angeles. This was another strategically located taco truck tucked behind a tire shop – go figure. After circling the block a few times, getting lost down an alley, and having to use the 360-degree camera to back our way out of a tight situation, we then followed the line of people and discovered where this hidden gem was nesting. This is where we found what I would say was a slam dunk in the taco search. Bursting with soft, tender meat, seasoned to perfection, and an incredible invigorating guacamole sauce it was too good to snap a picture of it. It was this moment that you could see the tiredness on our faces, we were exhausted, driving all day, the sun was setting, there was nowhere to sit and enjoy our tacos, we popped open the power lift tailgate on the Enclave, sat on the edge and indulged in heaven. 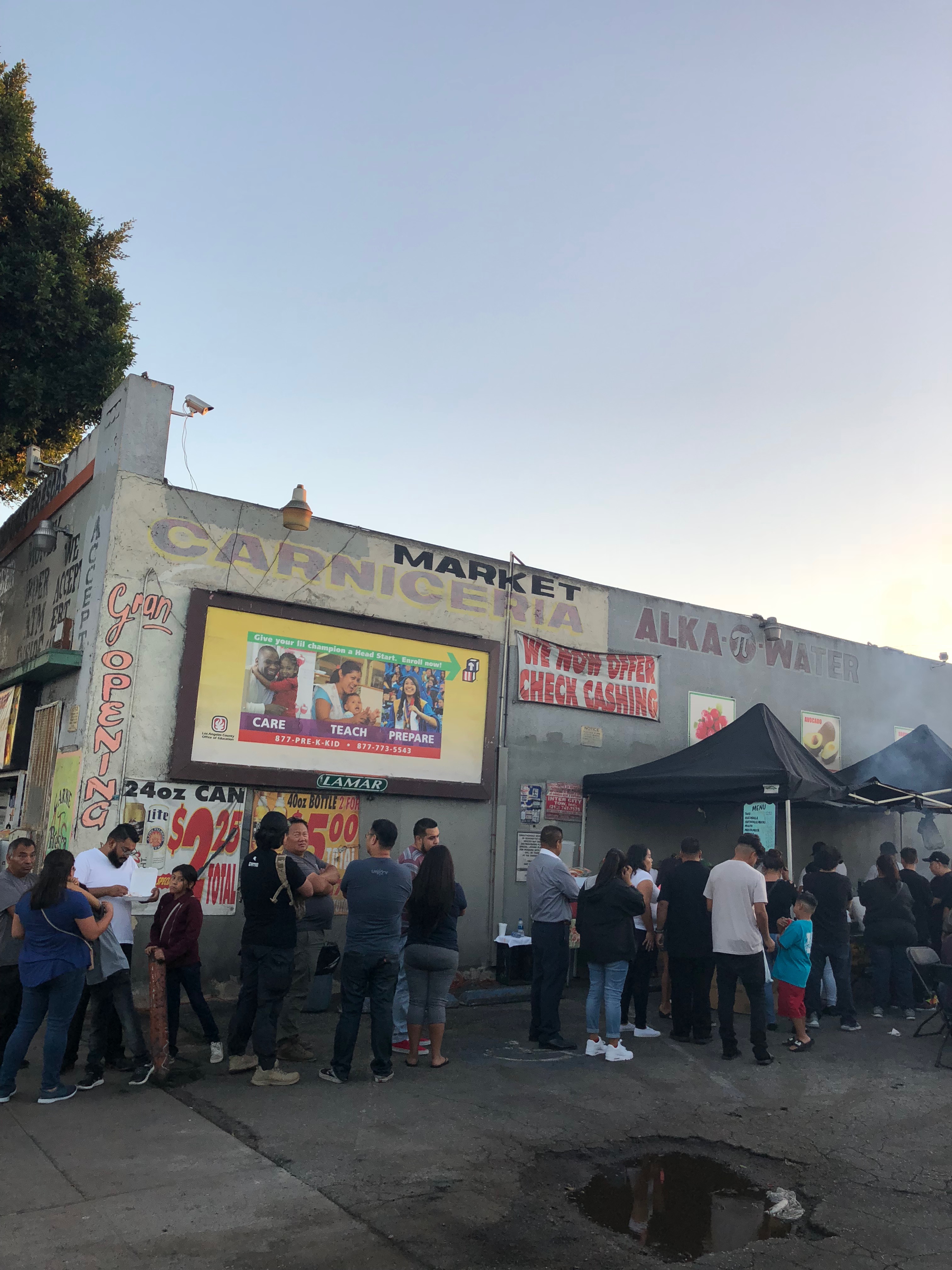 But it was not the end, we still had one more place to go, King Taco. It had been recommended by a friend of a friend, of a friend, who was from east L.A.  King Taco is a chain restaurant, so my expectations were already low given our history throughout the day. But night had fallen, our stomachs were aching for food (after all we only had 4 tacos throughout the day) and I think it’s fair to claim we had all fallen towards the hangry attitude. In my fair assessment, King Taco was just like the others, lacked all sorts of charisma. However, in words of my friends, the sauce there was amazing, so good that we snatched up 10 mini cups of their sauce and hauled them all the way back to Phoenix. Now, on the other hand, if you need a good recommendation on a quesadilla, King Taco is da bomb or I was just very, very hungry.

Through all of this, our Buick Enclave was our star in the matter. Without it, we wouldn’t have gotten very far. It’s corporate standard 3.6-liter V-6 and nine-speed transmission is as smooth as that guacamole sauce from the Tire Shop Taqueria. With 310-horsepower carrying 4500lbs of SUV, it manages to swiftly move around without any hassle.

While the handling may be very Buick-like, it’s not one we expected to carry performance attributes. We almost kind of liked its suave steering and lavish ride. The Enclave can be had with all-wheel drive; however, ours forfeited the additional $2300 cost and left us with front wheel drive. In front-wheel drive form, the Enclave manages to handle its power effectively – torque steering isn’t an issue and it lays down its power without being dramatic when setting off aggressively at the lights.

With the Enclave Avenir being the top exclusive package, it does follow with a reasonable price tag starting at $52,995. But the Avenir doesn’t include all the options – there’s still a $2,095 Technology Package that showcases the Avenir’s premium state. This upgraded our chassis to have real-time dampering suspension, adaptive cruise control, emergency braking, and active grille shutters for improved fuel economy – even though we averaged 16 mpg’s.

The Enclave’s premium interior brought us close together as we sat in comfort and enjoyed the ventilated front seats. Its clean design execution incorporated an upscale presence with an Avenir exclusive chestnut leather. There was certain elegance in the finishes with a tasteful display of wood and metal. The seats were ultra-comfortable and the second row-captain’s chairs provided a first-class experience with their own climate control system and heated seats. Access to the third was also a synch with room for a full-size adult. 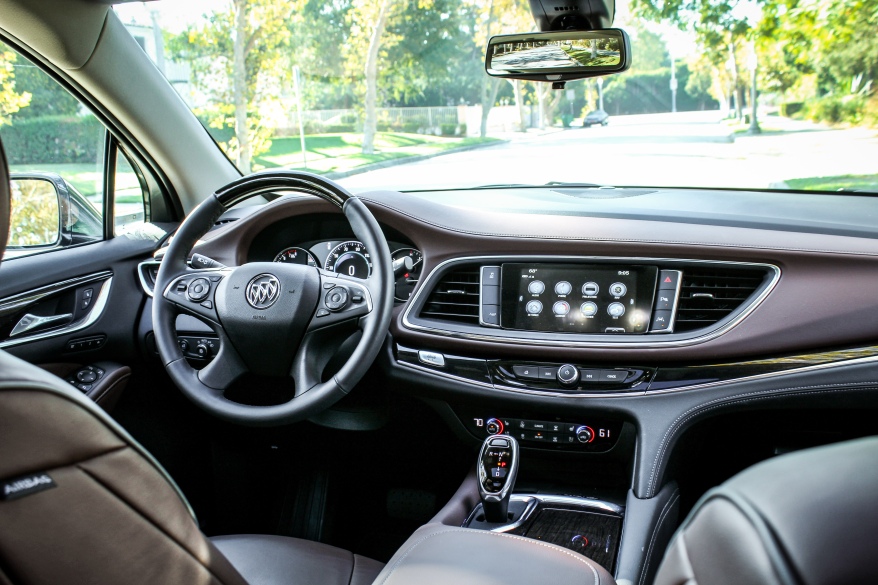 L.A. is full of heritage and culture. Seeing how different places bring a unique flair to something so ordinary. It also brought people from all around together. And with this adventure, the Buick Enclave brought my group together, to work together, navigate, discover and wonder. We explored streets we never explored before, seeing a world that most tourists wouldn’t dare to explore. The Buick Enclave was our adventurous guidebook that may have quieted out the world with its dual pane glass, but kept us wanting to reconnoiter more of it.