As minivans start to become the thing of the past, the need for the all-it-can-be vehicle is still ever in demand. While the sliding doors were the hippest way to prevent kids swinging doors open and allowing easy access to all rows, there is just something about a high riding crossover that the minivan market can’t compete with. The refreshed, 2019 Honda Pilot starts to hit on all counts as the modern minivan minus the sliding doors.

Considering the Pilot shared many of its underling components with the Honda Odyssey, its lenient style cues and plush interior comfort made it easy for minivan drivers to make the transition into the crossover world. However, seeing how the demographic for crossovers are also male influenced, the 2019 Pilot has been updated to feature more masculinity. With small tweaks to the front and rear fascia of the Pilot, there is a certain ruggedness that has been applied. More aggressive styling cues make the Pilot appear more brave than before while continuing to support premium touches like LED head-, tail- fog, and daytime running lights on both the Touring and Elite models. 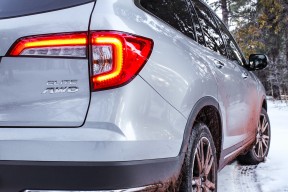 Five trim levels carry over with an LX starting at $31,450 and climbing to the top of the pack with the Elite status at $48,020 – an increase of over $1500 from the previous model. Incorporating new technology the 2019 Pilot now comes standard with Honda Sensing – Collision Mitigation Braking System, Road Departure Mitigation System, Adaptive Cruise Control, and Lane Keeping Assist System. Additionally, Blind Spot Monitoring with Rear Cross Traffic Monitoring gets added to the EX and EX-L models as a standard feature – previously they were an exclusive feature on the Touring and Elite models only.

Performance remains the same for 2019 with all Honda Pilots receiving a beefy 3.5-liter V-6. All but the Touring and Elite models get a standard 6-speed automatic transmission while the other party gets a revamped 9-speed automatic with push button gear select. This hardware has been reworked to provide smoother gear responses and the ability to manage torque more efficiently. Getting to highway speeds requires little time taking less than 6.5-seconds to 60 mph. With the intelligent management all-wheel drive system being standard on the Elite and available on all other trim models; minor tweaks have been made to the system for better power distribution through Snow, Mud and Sand modes.

In a bizarre strange turn of events, we found ourselves in a situation that no Pilot really should be forced to reckon with. On a mountain adventure searching for snow, a trail pass we were exploring transformed into a muddy nightmare. With mud reaching over 6-inches high, our all-season street tires set on 20-inch rims was no match for the situation. However, the Pilot uses a very sophisticated electronically controlled, hydraulically-actuated rear differential to send power to the wheels front and back, side to side in a unique pattern to actuate power flow evenly. By us switching the all-wheel drive terrain management system from Snow to Mud, the transmission prepares itself and the all-wheel drive system sends power to each wheel as it gains traction. It’s this kind of clever engineering that managed to get a 4500lb crossover out of 6-inches of mud on a mountain pass without breaking a sweat. Not to say the same for the driver.

Driving the Pilot is like driving a high-riding Odyssey – the fundamentals of a comfortable driving family hauler is all there. Even with the larger 20-inch wheels on our Elite, the Pilot maintains smooth composure for the day-to-day living. Given there is a sport mode with paddle shfiters on the steering wheel, the Pilot is anything but sport influenced – the steering is light with  ambiguous entry points  while the soft suspension enjoys a good body lean in the corners. Fuel economy however, has improved as we saw just shy of 20-mpg of mixed city and highway driving. It may be two down from the EPA mpg rating, but we can assure our spirited driving should have reported a lesser outcome.

Interior modifications have been kept to a minimum – see if you can spot the differences. There have been many subtle changing, but they are hard to see with the naked eye. First and foremost, the Pilot now features an upgraded infotainment system with a larger screen and much anticipated volume knob – this system has been reconfigured for easier functionality and use of menus. Honda also updated the Pilot’s instrument cluster to feature a larger TFT digital display and additional information. Introduced in the Odyssey, the Pilot now features CabinTalk – an exclusive system set up to carry a conversation on with third-row passengers without the need to yell. Lastly, Honda has incorporated a new entertainment system similar, similar to the Odyssey with a larger screen and a “Are We There Yet” nifty follow the car function. 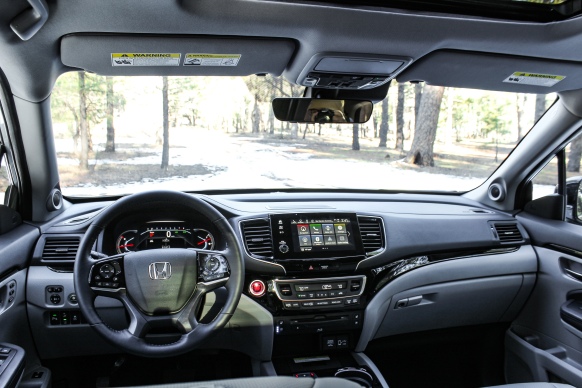 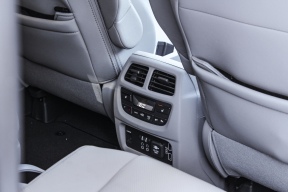 Although those are some of the more notable features, the Pilot has been enhanced with additional comfort features that aren’t so keen. The Touring is now available with the second row captain’s chairs. All other models have the ability to serve up to 8-passengers while the Touring and Elite will only make due with 6. Minor adjustments to the captain chairs arrangements make for more of a comfortable setting with longer armrests and setting displacement. Second row passengers find no complaints with their own climate control system, three-way heated seats and side window shades. Third row occupants on the other hand may have wished they got the second row comfort creatures. Space is limited and better served for those not quite in their teen years.

The minivan may be dying as the road to the higher anarchy is through a large 3-row suburbia crossover. Where the trail ends, the adventure always begins and with the new Honda Pilot, it brings the comforts of a minivan with the rugged, masculinity of a crossover – just watch those swinging doors. 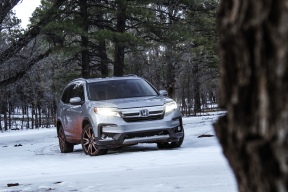 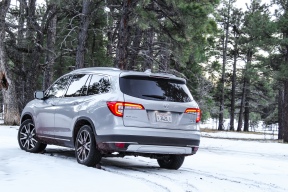 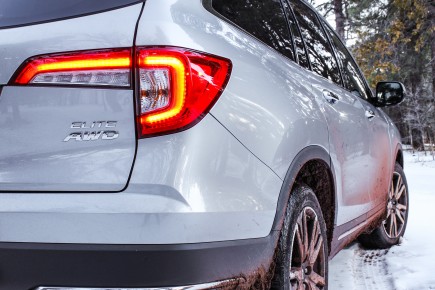 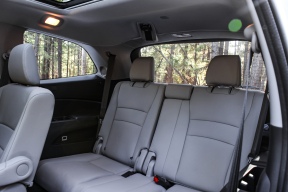