Did We Stumble onto a Tailgate Party? Because We Talked Truck Stuff with the All-New RAM 2500/3500 Heavy Duty Series & 2020 Jeep Gladiator 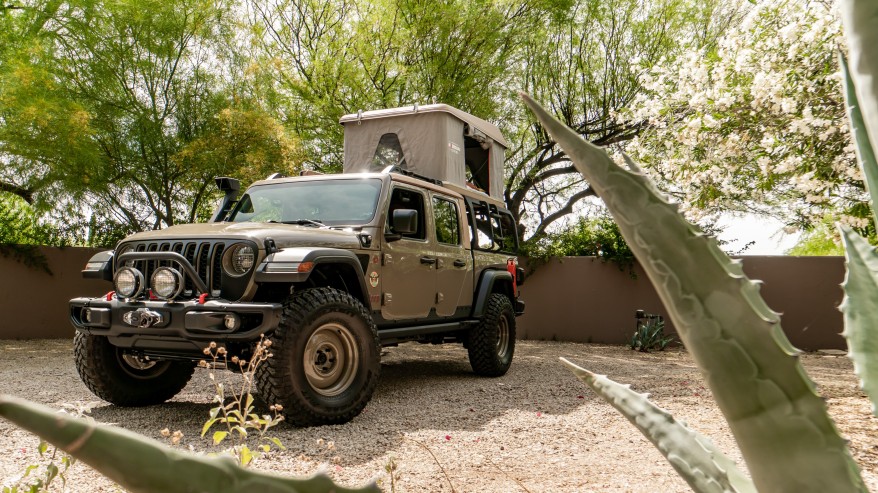 Every year, around mid-May, we here in the Valley of the Sun get the privileged to explore some exciting new products from the folks at Fiat Chrysler of America. This year, it seems as if there’s a bit of theme going on as the main event surrounded the new RAM Heavy Duty Series and the anxiously anticipated Jeep Gladiator. Considering the weather in Arizona has been a bit unusual, we couldn’t have asked for better timing to drop the top on the Gladiator and open up some massive torque on a RAM 2500 HD.

Since the launch of the completely redesigned RAM 1500 late last year, it was a matter of time before we saw the same development in the heavy duty series. With a sea of virile masculinity displayed in front of us, I’m pretty sure our testosterone levels increased a percent or two. Like the 1500, the 2500/2500 have been given a complete overhaul increasing not only its capability but making a more luxurious product for those willing to spend close to six-figures. Afterall, wouldn’t you want to be sitting in plush comfort when out on the long haul.

Both the RAM 2500 and 3500 feature 6 different models starting with the Tradesman and topping off at the end with the Limited. The RAM 2500 has a starting price of $33,395 for a single cab 4×2 and features a standard 6.4-liter Heavy-Duty HEMI V-8 capable of producing 410-horsepower coupled with an eight-speed automatic transmission. With 429 lb-ft of torque available, the V-8 HEMI can see upwards to 4,050lbs of payload capacity and 19,780lbs of towing ability. The 2500 PowerWagon makes a comeback for this new generation starting at $54,795 and has been one of the more popular volume sellers as it features a host of premium comfort, technology, and some bad ass off-road tricks like a standard 12,000lb winch with 90-feet of synthetic cabling.

The biggest news however behind these heavy-duty trucks is the re-engineered 6.7-liter Cummins straight-six turbo diesel. As a $9100 option, it sees an impressive 850 lb-ft of torque with the ability to tow up to 21,560lbs. Though 370-horsepower may seem a bit dismal, the 6.7-liter Cummins had plenty of scoot in its boogie. As if however, that wasn’t enough, the RAM 3500 carries a special tool up its sleeve with the $11,795 optional High-Output version of the Cummins diesel. With 1,000 lb-ft of torque and the capability to tow 35,100lbs there isn’t anything the RAM 3500 wouldn’t be able to pull. 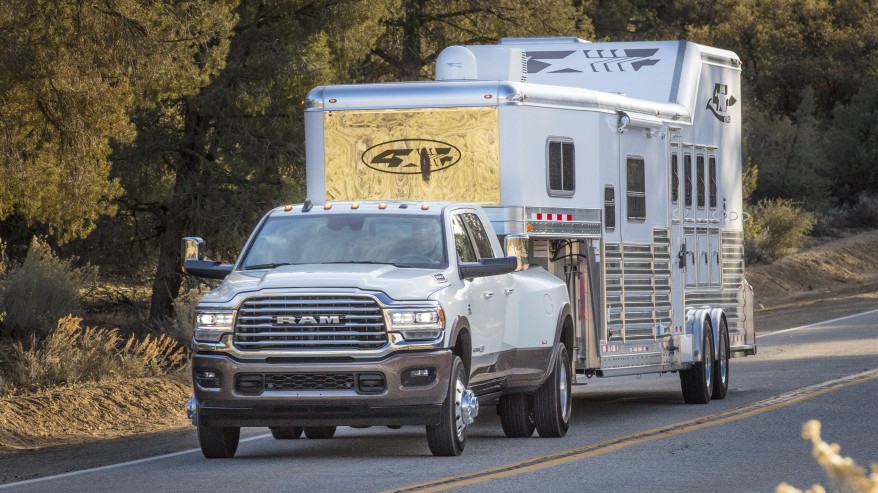 Of course, following in the footsteps of the 1500, the 2500/3500 can be decked out to the extreme with all of our favorite features including the huge 12-inch touch screen display. Featured on the Longhorn Laramie and Limited models, a level of plush luxurious amenities get incorporated that elevate the cabin space into a home away from home oasis. Keeping true to the “best in class” nature, the 2500/3500 just doesn’t out due the competitors in towing, but in technology as well. Featuring an optional auto-leveling hydraulic suspension and five on-board cameras, RAM makes it so simple to attach a trailer or fifth wheel single handedly that it’s almost as easy as a teenager whipping out their smart phone and posting a photo to Snapchat – whatever that is. RAM also features the ability to connect additional Mopar and non-Mopar accessories through the available auxiliary switch options that includes pre-wired fuses – FCA even mentioned, using a Mopar aftermarket camera, consumers have the ability to connect a camera whether via the rear or within the trailer to keep a constant live action view while driving.

It has been nearly 20-years since Jeep last featured a truck in their lineup and despite the Comanche being the last short wheelbase jeep with a bed, the newly featured Gladiator is sure to surprise many that aren’t quite convinced that’s its nothing more than an extended Wrangler. Time to put those rumors to rest as the Gladiator, while may share many aesthetic similarities with the Wrangler does in fact carry a completely different chassis system. Using the new RAM 1500 as the platform for the Gladiator, much engineering went into re-configuring its chassis to be a more off-road capable being. With a revamped suspension setup, the Gladiator is ready to tackle any pavement. 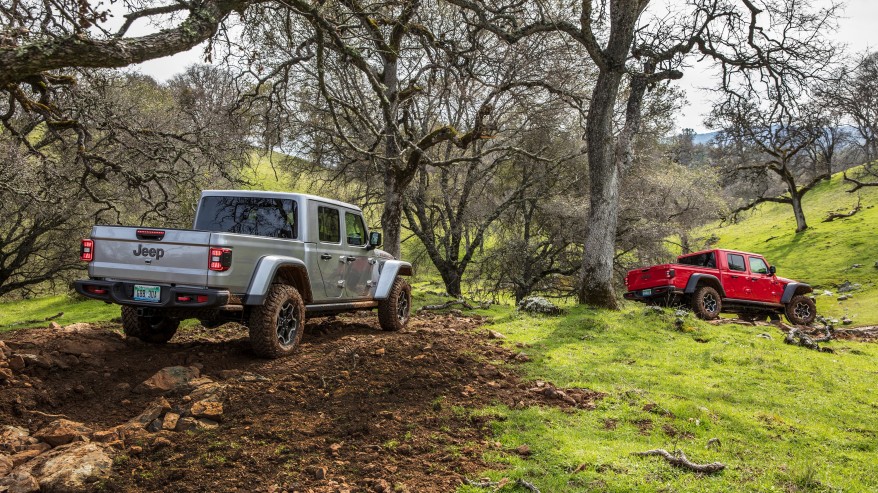 Starting at $33,545 for the entry-level Sport, all Gladiators comes standard with the 3.6-liter Pentastar V-6. Developing 285-horsepower and 260 lb-ft of torque, Jeep continues to offer the option of a six-speed manual transmission or a more languid kind of lifestyle with an eight-speed automatic. With truck-like duties, the Gladiator has the ability to haul up to 1,600lbs in the bed or tow a fair amounted of recreation with a max rating of 7,650lbs.

Like the Wrangler, the Gladiator, at the top end of the spectrum features the Rubicon option starting at $43,545. With such name comes such responsibilities as it features all the same duties as the traditional Rubicon like locking front and rear differentials, a Rock-Trac 4:1 transfer case, front and rear electronic disconnecting sway bars, rock rails, and upgraded FOX shocks. And like any typical Rubicon we all know its $40k price tag is just a starting point as the Gladiator easily can seize past $60,000.

Okay, okay, so not everything at this even was truck related that day… but the Renegade has gone through a revamp cycle for 2019 that features a more athletic exterior uplift with a new grille, upgraded premium LED lighting, and performance to boost. An all-new 1.3-liter turbocharged four-cylinder pimps the Renegade into a little city punk crossover that every once in a while scampers off into the desert just to get its paws a little dirty. Upgraded to see 177-horsepower and 210 lb-ft of torque, it really is quite the perky pup matted to a nine-speed automatic. This new engine, while standard on the Trailhawk and Limited is a $1495 option on the Sport and Latitude models.