When we look upon cars today, they are full of so much technology and computers that leave us, the consumer concern about their long term liability. Looking back, the 90’s was really the last of the long term reliable car that even today, we still see so many of them on the road.

Like a normal consumer, once our cars reach the six-figure doom-of-despair on the odometer, we start scouring the dealer lots for the next best toy that will occupy our garage for the next 7 years. But in the case of Matt Farah with The Smoking Tire, he wanted something a bit different, a bit more nostalgic, and bought a slightly pre-owned 900,000 mile 1996 Lexus LS400. All in good spirts of reaching the ultimate goal of one-million miles, Matt offered up his beloved new Lexus to the automotive bloggers world to see what we would have in store for it.

Since our good friend Tyson Hugie, continuing is marathon of adventures with Drive To Five is quite familiar with high-milage cars, there was no hesitations for him to reach out and schedule some time behind the wheel of this beloved Lexus LS400. And since we’re always up for a journey that involves four-wheels and a go pedal, we we’re inclined to join in on the action.

There are so many destinations in Arizona to which we could have introduce this 900k mile LS400 to, like the big hole in the ground we call the Grand Canyon or the ever most tourist populated red rocks of Sedona. But instead we wanted to go somewhere we’ve never been before, The Chiricahua National Monument, just 40 miles southeast of Wilcox, 300ish miles southeast of our headquarters in Phoenix.

In this state, we have a ton of these little monuments that are like hidden gems until we hear about them word-of-mouth. So for us, this was not just another road trip – it was an adventure.

This scenic rock formation is believed to be from an “immense volcanic eruption that shook the region some 27 million years ago.” On the 18th of April, 1924, it then became a National Monument for us touristy type to wonder upon in “ooooh and awwwww.” It made for the iconic time capsule for the Lexus’ log book as it was full of wondrous sites and a scenic 6 mile curvy mountain road. 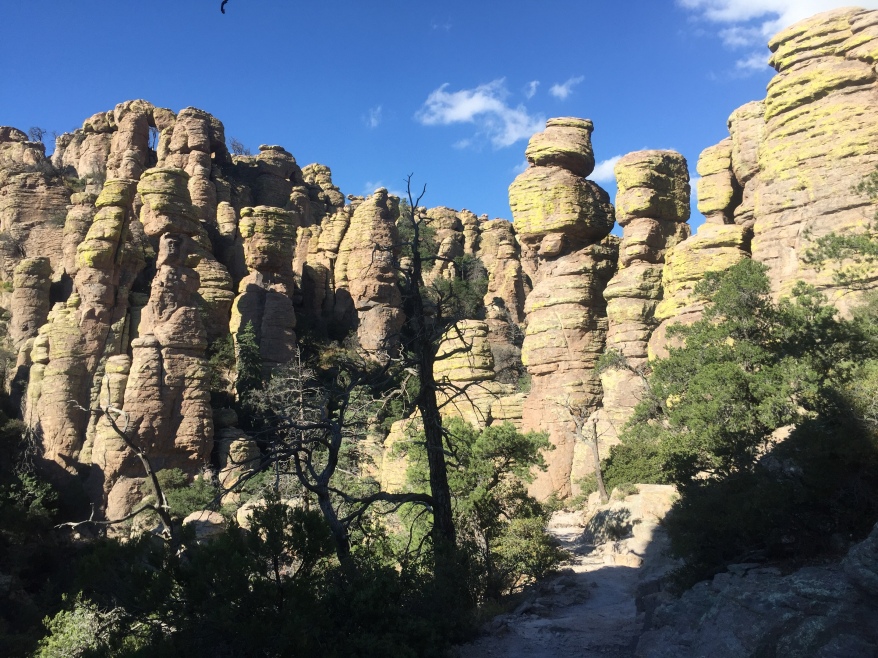 The Car, and the Journey:

Matt’s Lexus LS400 was a 1996, but this second generation was introduced in 1994 as a 1995 model. Essentially what they used to call a new generation, we now call a mid-cycle refresh. In 1994, the Lexus received some styling updates and some genuine interior updates along with an updated 4.0-liter 1UZ-FE V-8, that at one time in its life produced 260-horsepower, which also became one of the fewest and rarest engines to be FAA approved (meaning it was strong enough and powerful enough to be used in a airplane.)

With just over 921,000 miles on the odometer, we gather a few horses escaped over the decades and since we weren’t willing to exceed 2500 rpms, we didn’t gasp how quick she’ll get to 60 mph. However, for an ole girl, she still had a few tricks up her sleeve.

It’s believed this is the original engine to the car, but the four-speed automatic tranny did have to be rebuilt. In any case, the LS400 purred ever so softly at the hint of acceleration and since we stayed below that 2500 rpm mark, the transmission was smooth in its gestures and fairly responsive to our needs. You can imagine how it rode then… it was surprisingly still well balanced in its maneuvers that was until we came in a slight corner and we found ourselves on the side of the car.

The LS in its time was introduced not as a performance branded sedan, like Lexus tries now – it was designed to carry executive business men in ultra-plush luxury and comfort, isolating them from the world of chaos and poor people. Even with a few battle wounds, this LS400 was still just as isolating and comfortable as it was in the 90’s. AND everything worked! The electric power seats, the power steering wheel, the radio, even the motorized seat belt extender thingy… it all worked! 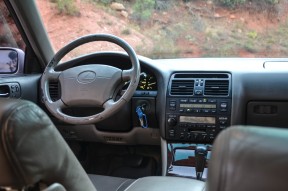 Usually when we go on this little adventures, we try to get a nice group together and this go around was accompanied by our good friends Jack and Chandler, who decided to bring their Toyota Tacoma along, as well as with Jason and James, avid road-trippers with Driven for Drives from Las Cruses, New Mexico in their 2004 Mazda 6.

Wilcox was less than 4 hours away from Phoenix, but with all the adventures we were bound to have, we made it an overnight trip allowing us to explore a little more of The Chiricahua National Monument by hiking into the mountains and into the caverns of some amazing rock formations. Now I’m not an avid hiker, so once we reached the caverns, I decided to head back while the others soldiered on to watch the sunset. It was a shame I missed it, but the hike was fairly intense and Uber wasn’t about to usher a helicopter for me.

I’ve been to Wilcox before, it’s where we put the Lexus GS350 F SPORT on a race track. But we didn’t experience the historical side which managed to be quite quaint. Having dined in a train car for lunch, and explored another Mexican restaurant for dinner, along with roaming the historical downtown streets of abandon buildings and old dealer lots – it turned into a pretty neat little town that I can’t wait to visit again.

The LS400 turned out to be a surprisingly wonderful companion on our little adventure – its plush ride and comfortable yet bouncy driver seat ate up the miles like a fat kid with ding dongs. And while it’s nice to go back in time to experience a dawn of a different era – I was ready to get back to modern times.

Special thanks to Tyson for inviting me along on another road trip adventure, and to Jack, Chandler, Jason, and James for joining in on the fun making it yet another memorable trip and to Matt Farah for trusting us with his new beloved toy – good luck on the million mile journey.