It almost seems as if the eight-cylinder engine is starting to die off in performance cars – everything keeps going into the direction of turbocharged this and supercharge that. When it comes to Chevrolet and its Camaro, it’s good to know they are still keeping things real as we progress into a new decade with their big block 6.2-liter V-8 muscle car ways.

Despite having gone turbocharged a few years back, we actually came to enjoy and respect its turbo-four ways but the fact of the matter is… there is really only one way to have a muscle car. And it’s with eight thrusting pistons exploding as it frolics out of the performance exhaust loud enough for the neighbors to complain to the HOA. Updated in 2019, the Camaro received new facial lines giving it a menacing attitude to match the 455-horsepower under the hood.

While a six-speed manual is a true sports way to go, at a $1595 increase, the upgraded 10-speed automatic is quite the charmer. With 455lb-ft of torque ready to drop some rubber, 0-60 mph is achieved in just under 4-seconds, making it just a hair quicker than before. Updated to the new 10-speed from the previous 8-speed, the extra two gears illustrates a slight increase in fuel economy. Despite how difficult it can be to not romp into triple digit speeds – the new transmission helps improve efficiency as we matched the 27-highway mpg and 25-combined mpg during our 700 mile road trip. While it wasn’t our alternative motive to be fuel conscious, consider us impressed as we managed 400 miles before having to fuel up. 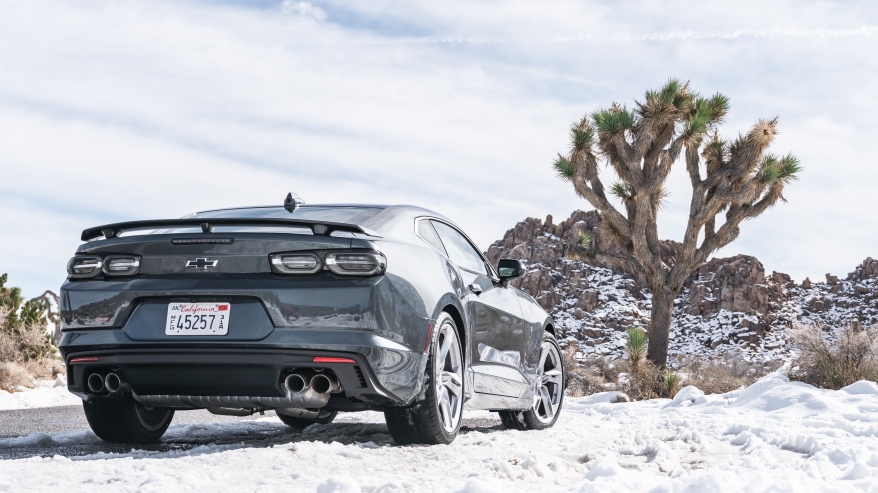 Now, we didn’t always drive like we were Ubering our grandparents to the supermarket – with its drive mode select set to “Track” things spruced right up as suddenly things became more aggressive. We quickly forgave the surcharge for the automatic as it cranked through the gears in a snappy manner. As keeping in track mode exceeded our high tolerance for discomfort we quickly switched the drive mode into ‘Sport” where it comfortably felt more like a proper grand tourer rather than a demon that comes out when you’re ready to sell your soul. Left to driving around town however, the new transmission is dignified with a smooth operation.

For as much as a bad rep muscles cars get, the Camaro sustains composure when driven hard… and left out of “track” mode. It swiftly changes direction with its quick steering and proper controllable feel through the electric steering wheel. The $1695 Magnetic Ride Control significantly improved the ride and handling as it made 700 miles extremely tolerable without any harsh discomfort and as we left the $995 Performance Exhaust in track mode 100-percent of the time, it was constantly music to our ears – as for the pedestrians, we’re sure the ringing in your ears will go away after 4-6 hours. 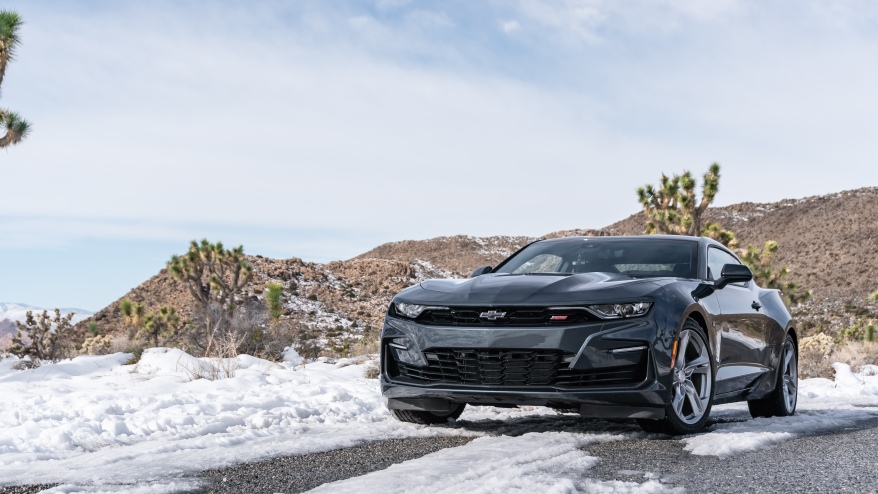 With pricing starting $34,995 for an entry-level Camaro LT1 – it’s the nearly $700 cheaper than the Ford Mustang GT. Our tested 2SS steps up the premium game in the muscle car territory as it brings in a $10,000 superiority complex.  Featuring leather interior, heated and ventilated power front seats, Bose Audio, Heated Steering Wheel, Heads-Up Display, Camera Rear-View Mirror as well as Lane Change Alert, Blind-Spot Monitoring, Forward Collision Alert and Rear Park Assist. But the SS isn’t just about features, it increases performance with 20-inch run-flat performance tires and stronger Brembo brakes on all four wheels. Although our tester hadn’t sprung for the extra $500 Navigation system, its nearly an obsolete option as the 8-inch touch screen system came with AppleCar Play and Android Auto connectivity.

Competing against the Mustang, the Camaro forever lives in the shadows as always being a day late and a dollar short. Coming out a couple years after the new Mustang, the Camaro interior feels a little less upscale than it should be. The trunk space, while adequately fits a carry one suit case and a backpack contains a small opening that makes it difficult to store anything bulky. Luckily, when it comes to sport car’s needs, trunk space is the least of your worries. Pricing on the other hand, that’s where the Camaro shines as it is a few thousand cheaper than a similarly equipped Mustang and will go the extra mile in fuel economy.