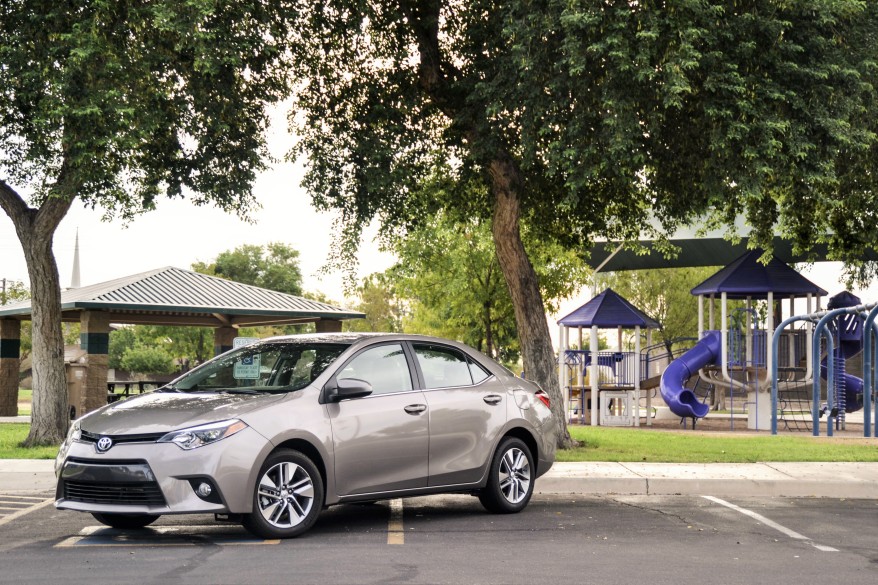 In a city as big as Phoenix that can cover nearly 2,000 square miles, having something that gets 40 mpg’s is a commodity that we’re happy to take for granted. Sure, hybrid technology can foresee higher mpg’s, but their too expensive and after so many years, when the batteries run out, you might as well buy another car.

Now if you’re looking for an exciting, cutting edge review on the Toyota Corolla Eco, sorry, the most exhilarating thing to our tester is its sweetened Brown Sugar paint. You can get your Corolla LE Eco in three different forms however, a base Eco, an Eco Plus, and the Eco Premium, as seen here stickered at $22,675. If you want something a little more eccentric, that’s what the S-Line is for, but will ultimately sacrifice a few mpg’s.

It’s not all bad however; our LE Eco Premium is generously equipped with all the goodies you expect out of a car these days like Navigation with Entune Apps and Text Message Alerts, Push-Button Go, a Sunroof, Heated Front Seats, Automatic Climate Control and a Power Driver Seat. Our tester here even featured a handsome leatherette interior that provided a comfortable atmosphere during our long boring commutes. For an compact car, there is an surprising amount of room and a comfortably sized rear seat.

For being a mainstream economy car, the Corolla has a decent build quality to it. It has an overall pleasant fit and finish feel with soft touch materials and attractive black and silver accents. Even the cabin is relatively quiet at high speeds. The dash is a bit funky, but it’s an interior that works and has a good agronomic flow.

Since this is after all an economy car, there isn’t much you can expect with performance, especially seeing that it gets into double digits when getting to 60 mph from its 140-horsepower, 1.8-liter four-cylinder engine and CVT transmission. There is a six-speed manual available for those of you that prefer a third pedal, but that’s only one the absolute bare bones base L.

Now, this isn’t just your ordinary 1.8L, the Corolla Eco uses Valvematic Technology to enhance its fuel consumption, optimizing the most of its 350 mile range. Now, honestly, we didn’t know what that meant, so we looked it… and came out more confused than going in. So we’ll just nod and act like we understand. In the end, all we manage to see was an average of 34 mpg’s, which was right on target with the EPA rating.

When it comes down to driving dynamics, the Corolla is… simple minded – and that’s putting it nicely. There is no sense of passion from behind the wheel. Sure the wheel turns and the car goes where you ask, but it’s lifeless, no rewarding connection for the road. The steering wheel has a heaviness to it that feels awkward, not really on par with the car. The brakes at least feel linear and responsive and the suspension is nice – it’s soft and mushy – don’t even feel the bumps.

The market is full of competitive compact cars and the Corolla is just a drop in the bucket. The overall design is a pleasing contrast of contemporary edges while maintaining a classy sedan look. Even though we had 16-inch low resistant wheels, they looked good on our tester. All Corolla’s come standard with LED head- and daytime running lights, which is a nice premium feature. 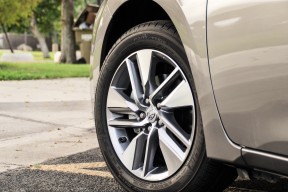 Being economical is nice, especially when you don’t have to stop at the pumps so many times. But at the cost of being mind-numbingly boring? The S-Line would still be our choice, it may be an mpg or two less, but you get more for your money in the long run.